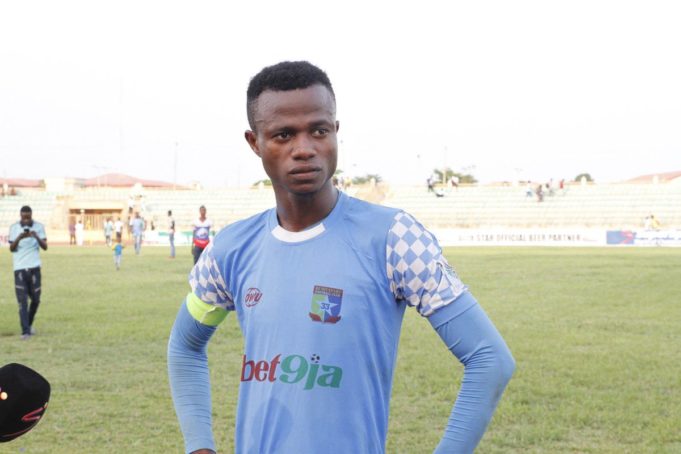 Remo FC player, Victor Mboama, has said that he would dump the relegated club and would not follow them to the Nigeria Nationwide League (NNL) at the resumption of the new season.
With four games to go in the 2016/2017 Nigerian Professional Football League (NPFL), Remo Stars have been officially relegated, but Mbaoma, who scored 10 goals and 4 assists, has become a sought-after player in the League.
In an exclusive chat with AOIFootball.com, Mboama said Remo fans should not expect to see him after the end of the season.
His words: “It is not possible for me to make this mark and still go back to the NNL (Nigerian National League); it is not a good step for my career.
“At the start of this season, my expectation was a bit higher, as I usually set high goals for myself.”
Speaking about incoming offers from big teams, Victor admitted he has received quite a few.
“Yes, I have received offers from different club sides at home and abroad, but I have not accepted any yet. I want to weigh my options before I make a decision.
“I need to make a big step forward in my career. So, it is very important I consider every offer carefully,” he concluded