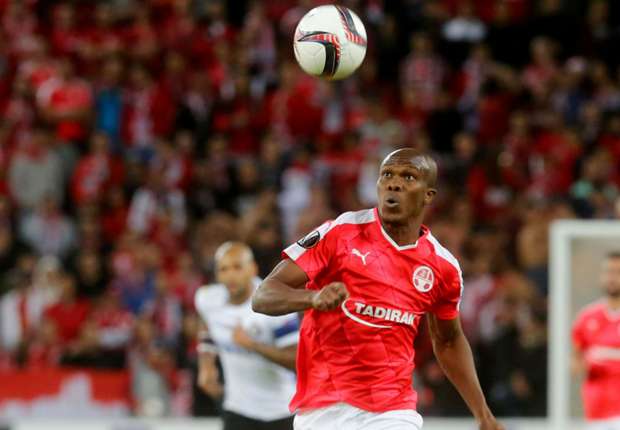 Super Eagles’ midfielder, John Ogochukwu Ogu has said that the invitation of his club teammate, Anthony Nwakaeme to the national team is a thing of joy to everyone.
Ogu revealed this much to AOIFOOTBALL.COM, shortly after Hapoel Be’er Sheva crashed out of the UEFA Champions League via the away goal rule with a 2-2 aggregate against Maribor. 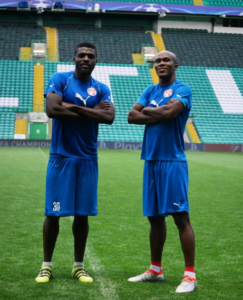 The defensive midfielder said: “Nwakaeme getting is first call-up is a thing of joy because he worked hard for this and I believe he deserved to be representing Nigeria. He is a different type of player and that will help us with the qualities we have in the squad now. I’m really happy for him.”
Nwakaeme joined the Israeli club in 2015 and has scored well over 30 goals in 70 plus matches.
The striker was voted the best player in the Israeli league last season and won the league the same year.