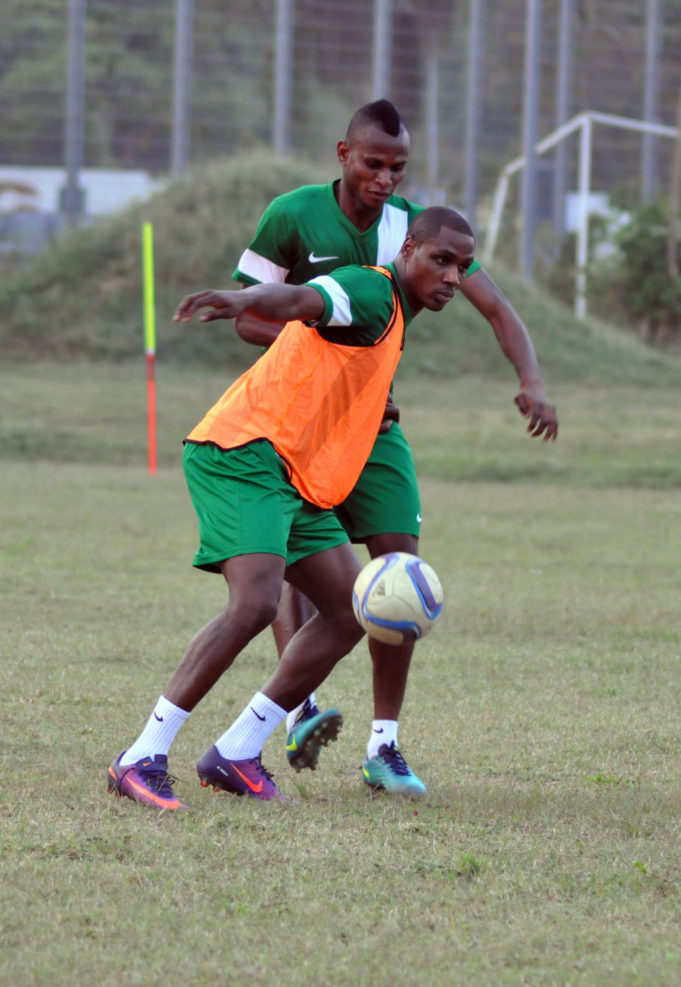 Super Eagles’ striker, Odion Jude Ighalo, is first to arrive the camp of the team ahead of next Friday’s make or mar clash against the Indomitable Lions of Cameroon at the Godswill Akpabio International Stadium, Uyo, AOIFootball.com reports.

The China- based forward arrived early Friday morning and has since settled in. Ighalo’s invitation was informed by the impressive goal scoring form he has shown in the Chinese Super League as the former Watford FC striker has been painting the league with goals. He has scored 11 goals this season for his Chinese side Changchun Yatai.

Speaking via the official instagram page of the Nigeria Football Federation, the forward said his decision to arrive early is a proof of his commitment to the cause of the Super Eagles, while positing that he believes the team has what it takes to beat the Cameroonians in Uyo and get a point in Yaounde, three days later.

“We are on a two weeks break and since the camp was opened from 24th, I appealed to the coach to let me arrive on the 25th as I needed to see my mom a day before. I am here now and It is a sign of my commitment to the team and I pray it pays off when we face Cameroon in both legs,” the former Udinese of Italy striker said.

The Nigerian striker has also urged fans to support the team, while hoping for the best on the match day.