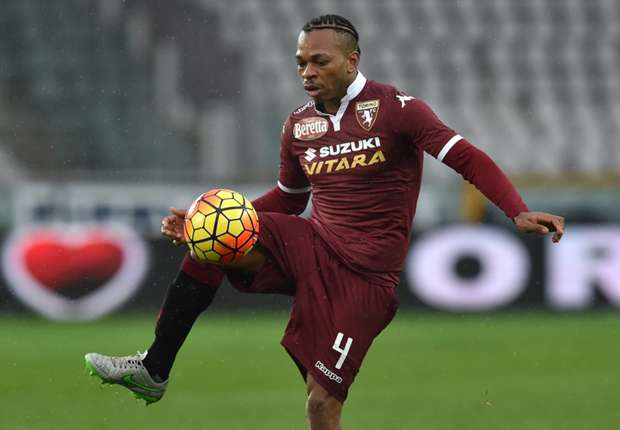 With attention switching to the international games, with the first FIFA free window of the season, some Nigerian players have continued to impress with their clubs around Europe. While the invited Super Eagles’ players for the double header against Cameroon begin to hit camp, we look at their exploits over the weekend.

VICTOR MOSES: Super Eagles dazzling winger Victor Moses was in action as champions Chelsea kept their first clean sheet of the season in a 2-0 triumph over Everton.

Mosses who returned to the right full back position was in action for 88 minutes. He picked up a yellow card in the 76thminute of the match.

While English born Nigerian defender Fikayo Tomori was on the bench for the blues.

Kelechi Iheanacho was not deemed fit enough by Craig Shakespeare as the record signing was condemned to the bench for the entire duration of the match.

Ahmed Musa was again missing for the third straight Epl game as he was not listed for the game despite scoring in the EFL cup in midweek, it remains to be seen if he will remain in the club beyond the transfer window.

OLA AINA: Super Eagles right back Ola Aina was in devastating form as Hull City continued their impressive form in the championship with a 4-0 spanking of Bolton.

Aina who played as a right full back in a much changed 3 5 2 formation, was a constant threat to the Bolton team.

ISAAC SUCCESS: Former Under 17 World cup winning striker Success Isaac was on the bench for all 90 minute as 10 men Watford continue their unbeaten run in the EPL, with a goalless draw against Brighton.

The striker is yet to feature for Watford in the EPL this season.

PETER OLAYINKA: Nigeria striker Olayinka Peter scored for the second consecutive week when he opened scoring for his Belgian side Zulte-Waregem as they lost 3 – 2 to table toppers Sporting Charleroi.

The 21-year-old was on for all 90 minutes and has now scored 2 goals in 5 matches for his team.

HENRY ONYEKURU: Nigeria striker Henry Onyekuru fired blank for the second consecutive week for his loan club Anderlecht, as they lost 3 – 2 at home to St. Truiden .

Onyekuru was on for all 90 minutes he continues to struggle in front of goal.

ABDULJELIL AJAGUN AND TAIWO AWONIYI: Nigeria duo of Ajagun and Awoniyi squared up against each other in the Belgium top flight has Kortrijk welcomed Royal Excel Mouscron.

Ajagun started for the home sude as he was on for all 90 minutes, while Awoniyi who is on loan from Liverpool continued his remarkable start in Belgium, he he was involved in a goal for the second consecutive week, when he set up S. Amallah to score the equalizer for Mouscron. The game ended 1 – 1.

Awoniyi has now scored one goal and two assist in 3 games for the Belgium team who sits in 4th position with 10 points.

MOSES SIMON, ANDERSON ESITI: Moses Simon and Anderson Esiti were both on for the entire duration for Gent against Anderlecht. The game ended 0-0.

UCHE AGBO: Super Eagles defender Uche Agbo was on the losing side as his club Standard Liege were trashed 4 nil by Club Brugge in the Belgium league on Sunday.

The defender was on for all 90 minutes and will now turn his attention to the Super Eagles clash against Cameroon after receiving a late call up on Sunday.

LEON BALOGUN: Super Eagles defender Leon Aderemi Balogun was on the bench for the entire duration of FSV Mainz one nil loss to Stutggart.

VICTOR OSIMHEN AND FELIX UDOKHAI: Nigerian youngster Victor Osimhen was not listed by Wolfsburg in their one nil win against Eintracht Frankfurt.

While Felix Udokhai was introduced for Wolfsburg in the 78 minute. The attacker is born to a Nigerian mother and father.

OGHENEKHARO ETEBO AND DELE ALAMPASU: Super Eagles midfielder Oghenekaro Etebo was in action for all 90 minute as his club CD Feirense defeated home team Chavas 2 – 0 in the Portuguese top flight, the midfielder was however cautioned in the 83 minute. Compatriot Dele Alampasu was on the bench for the entire duration.

JOEL OBI: Super Eagles midfielder Joel Obi opened his account for the season in Torino’s 3–0 win over Sassuolo in the Italian Serie A.

The defender put the icing on the cake with a well taken finish in the 88th minute to seal all three points.

Obi who had a fantastic pre-season will be hoping his exploits does not go unnoticed by the national team handlers.

While former Under 23 striker Sadiq Umar on loan from Roma was on the bench for Torino in the encounter.

MIKEL AGU AND TROOST EKONG: Super eagles defender Troost-Ekong and Mikel Agu were on for the entire duration, as their team Bursaspor lost to Besiktas 2 goals to 1 over the weekend.

Agu was however yellow carded in the 68th minute.

RAHEEM LAWAL AND UMAR AMINU: Nigeria pair of Lawal and Umar were both in action in the Turkish top flght for Osmanispor in their 2 – 2 draw at Kayserispor.

Aminu was the architect behind Osmanispor first goal when he got an assist in the 13th minute; he was on for all 90 minutes. While Raheem lawal was withdrawn in the 83rd minute.

ELDERSON ECHIJELE: Super Eagles defender Elderson Echiejile was on for all 90 minutes but could not stop Sivasspor from being battered 3 nil by Galatasaray in the Turkish league.

OGENYI ONAZI: Super Eagles midfielder Ogenyi Onazi did not feature in Trabzonspor 3 – 2 loss to Goztepe. The midfielder was on the bench for all 90 minutes.

AZUBUIKE OKECHUKWU AND SUNDAY MBA: Olympic bronze medallist and former Under 23 midfielder Azubuike Okechukwu was on until the 92nd minute before been subbed off in Yeni Maltayaspor 1 – 1 draw with Antalyaspor, his compatriot Sunday Mba was not dressed for the home side.

IMOH EZIEKIEL: Nigeria striker Imoh Eziekiel was introduced in the 63rdminute for Konyaspor but was unable to make any meaningful impact as they fell 2 nil to Istanbul Basaksehir.

KAYODE OLANREWAJU: Former Under 20 striker and Super Eagles striker Kayode Olanrewaju was introduced in the 81st minute as his club Girona defeated Malaga one nil.

The striker is on loan to the spanish new boys from English side Manchester city.