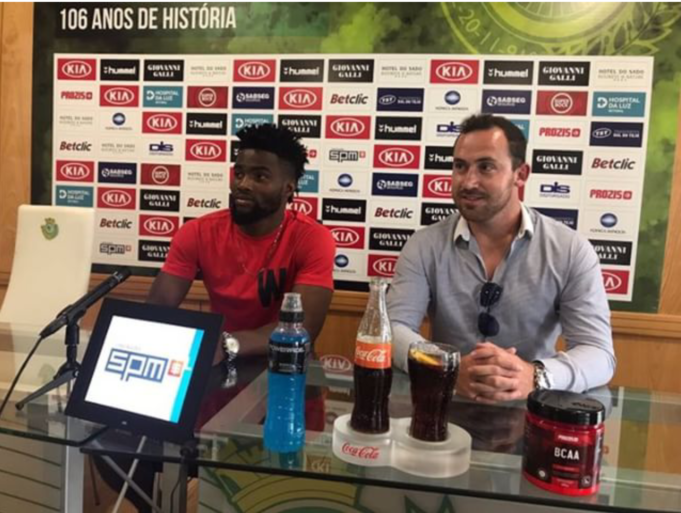 The club announced the signing of the 23 -year -old defensive midfielder on a two-year deal.

Jacob moved to Portuguese second division side AD Oliverense from Remo Stars in 2014, after playing for the Sky Blue Stars in the 2013/14 Nigeria National League Season.

“I’m very excited about my move to Vitoria Futebol. It’s a big step for me in my career, having played in the second division for quite a while. Now I have the chance to play in the top division for the next two years.

“I want to make a huge impact for my new club, just as my legend Rashidi Yekini did in the past. I also want to start winning major trophies and possibly get a chance to play for my country but first I need to settle down and start playing games for now,” stated the lanky midfielder.