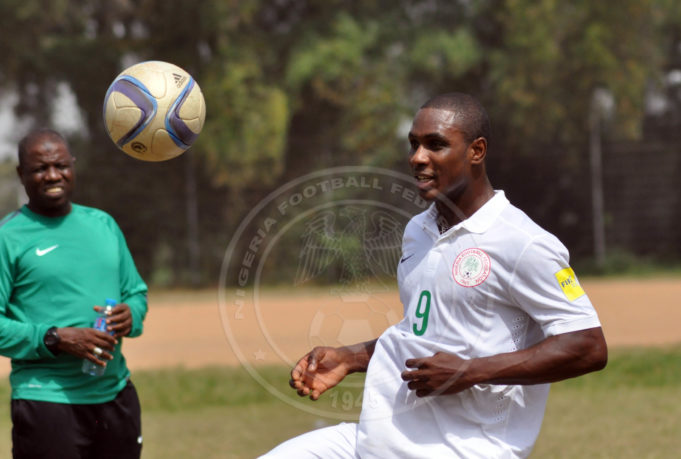 Super Eagles’ striker, Odion Ighalo has said that he came back with his goals scoring form for his club and he is set to score the needed goals for the team when they lock horns against Cameroon on Friday at the Godswill Akpabio International Stadium, Uyo.

Ighalo has been in top form in recent weeks, scoring goals weekly for his Chinese Super League side Changchun Yatai. The former Watford FC forward is on the leading scorers’ chart with 11 goals this season.

The forward is charged up for this Friday’s 2018 FIFA World Cup qualifier against Cameroon and has said he came back with his scoring boots.

“It is true, I have been on a great scoring run. I must say I came back with my scoring boots and I pray I convert my chances against Cameroon. Though, winning is paramount to me as that is the main aim of the team, I desire to score against Cameroon,” the former U-20 forward told AOIFootball.com.

The Super Eagles will battle the Indomitable Lions of Cameroon this Friday in the first of the two clashes between both sides as the qualifiers resume.