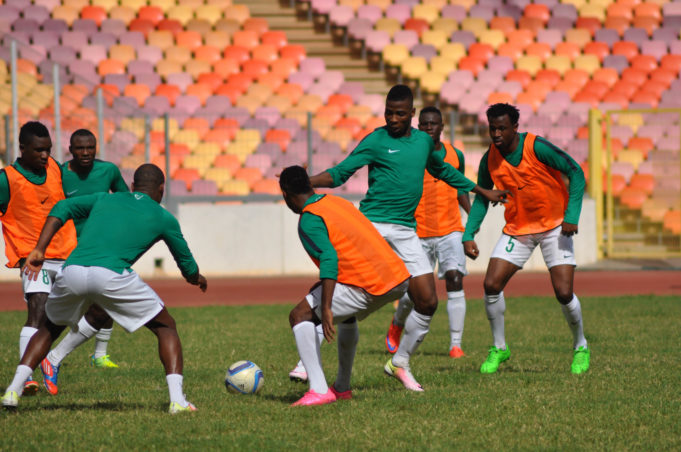 The Super Eagles camp is bubbling at the moment with the number of players in camp risen to 16, AOIFootball.com has gathered.

The arrival of Leicester City duo of Kelechi Iheanacho, Wilfred Ndidi and Turkish based William Ekong added to the list of 13 already in camp.

The itinerary of the team has also been made public.

Further information revealed that there would be a media parley on Wednesday.

” Our pre match press parley holds at the Le Meridien, Uyo on Wednesday from 11.15am.”