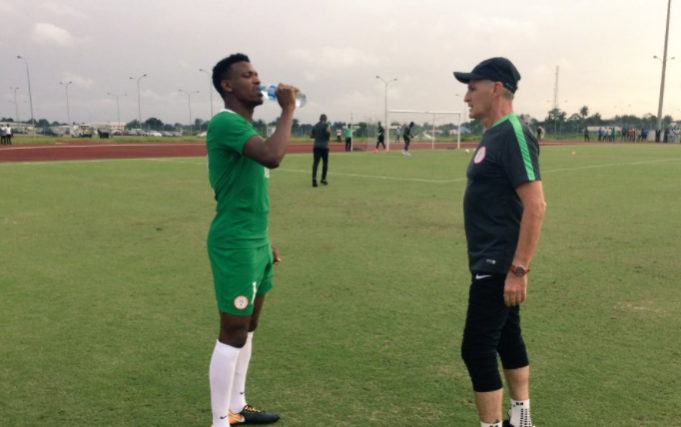 Super Eagles’ right-back and captain of Cyprus -based club, Anorthosis Famagusta, Abdullahi Shehu has told AOIFootball.com that the team must play as an entity to beat African champions Cameroon.

Abdullahi, who spoke shortly after his arrival on Tuesday to the team’s training base in Uyo, said:

“I think we have to give one hundred percent and and play as a unit because we must win.”

The Rio 2016 Olympic bronze medalist’s arrival brings the total number of players to camp to 24, with CSKA of Moscow striker Aaron Samuel also already in camp.