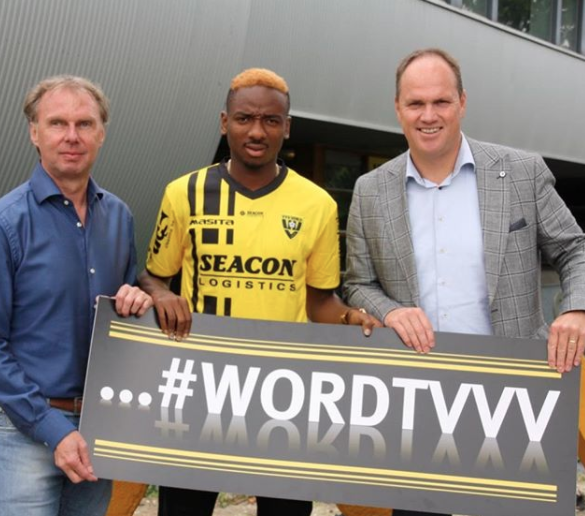 Nigerian youngster, Kelechi Nwakali, has joined Dutch Eredivisie side VVV-Venlo on loan for the 2017/18 season, AOIFootball.com reports.
Having joined Arsenal in the summer of 2016, the Nigerian midfielder spent last season in Holland, gaining valuable experience with MVV Maastricht, where he made 30 appearances and scored two goals with three assists.
Kelechi, 19, has represented his country at the youth level, playing for both the Under-17s and Under-20s. He captained the side at the 2015 FIFA Under-17 World Cup in Chile, where he won the Player of the Tournament Award.