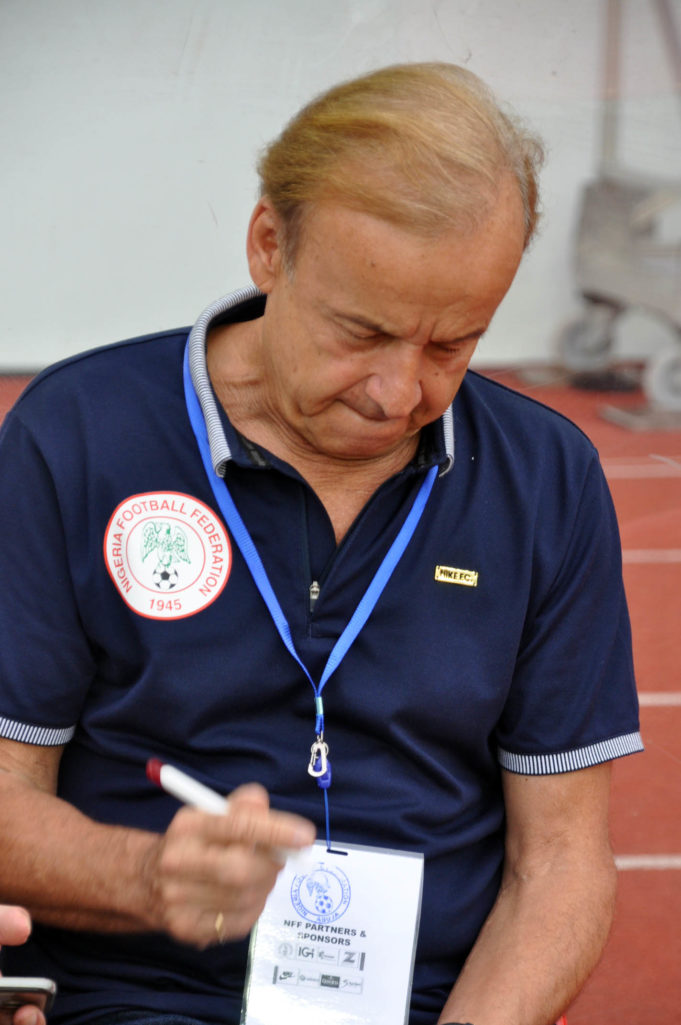 The Super Eagles overran Hugo Broos’ men, as goals from China-based duo of Odion Ighalo and Obi Mikel put Nigeria ahead before the break, sensational Victor Moses and substitute Kelechi Iheanacho wrapped up the victory in a convincing style in the second half.

After the game, Rohr said: “This is a game we wanted to play; we had plans to win against a very good side and they came here also with a possibility of winning. They played with plenty attackers.

“I knew I had the players that can hurt them, so we decided to play counterattacks, but I must stress that this victory would have not been achieved without the good defensive organisation of the defenders. it was the base of this victory.”

The Franco-German further praised his defence line, adding that: “I knew the return of Balogun was a good one for the team. He has an understanding already with Troost Ekong and the full-backs Abdullahi and Echiejile were fantastic, so overall I am very happy and our captain brought us more stability.”

He further posited that: ”Our offensive animation was very intelligent, with our quick wingers, who gave Cameroon a lot of difficulties.

“We can’t forget that this is not finished yet, because we have only 9 points and we need at least 11 points, so let’s try to take another one in two days if it’s possible and then we can start to celebrate.”

Nigeria continues its lead of Group B with 9 points, 7 points more than Cameroon and a further 8 points adrift of Zambia and Algeria who meet later on Saturday in Lusaka.

The Eagles will play Cameroon on Monday in Yaoundé and could seal qualification with a win if results else were go in their favour.