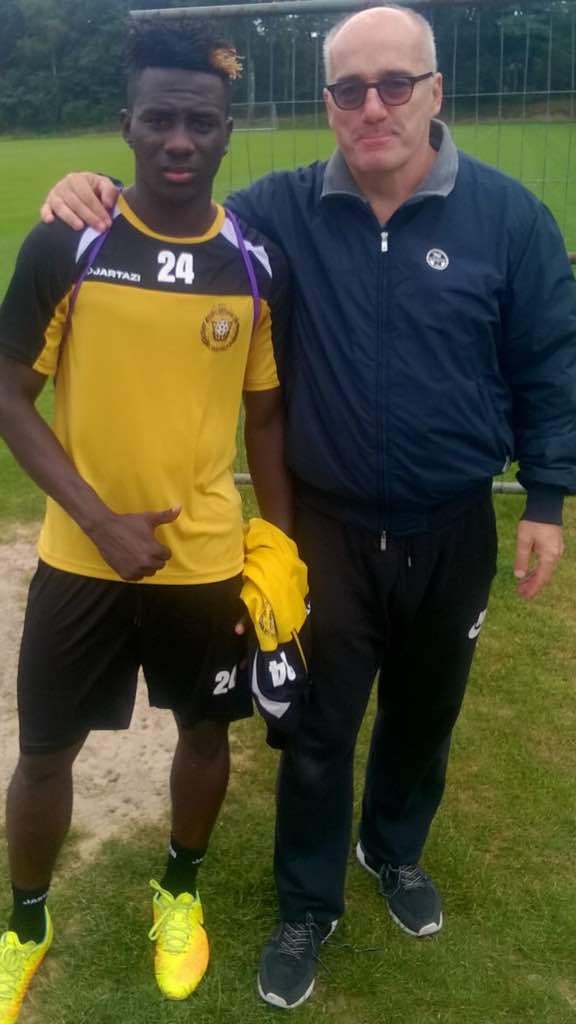 Former 36 Lions FC of Lagos prodigy, Yusuf Lawal has signed a three-year deal with an option of another year with Belgium’s Sporting Lokeren, AOIFootball.com can report.

“I’m very excited about my move to Lokeren. It’s a big step for me in my career. Now I have the chance to play in the top division.

“First, I need to settle down and start playing games for now,” and then make a huge impact and start winning games for my new club,” stated the pacy winger.

President and founder of 36 Lions, Hajji Gafar, said he was excited about the move.

“I am delighted that Yusuf has signed for Sporting Lokeren. It’s another milestone achievement for our core concept which is youth development.

“A player from Div 3 in Nigeria has signed for a Div 1 club in Belgium,” announced the president/founder of 36 Lion Fc of Lagos, Hajji Gafar.

“The Tricolores are pleased with the signing of Yusuf. We strongly believe he will be a very good player for Lokeren,” club Manager, Peter Maes added.