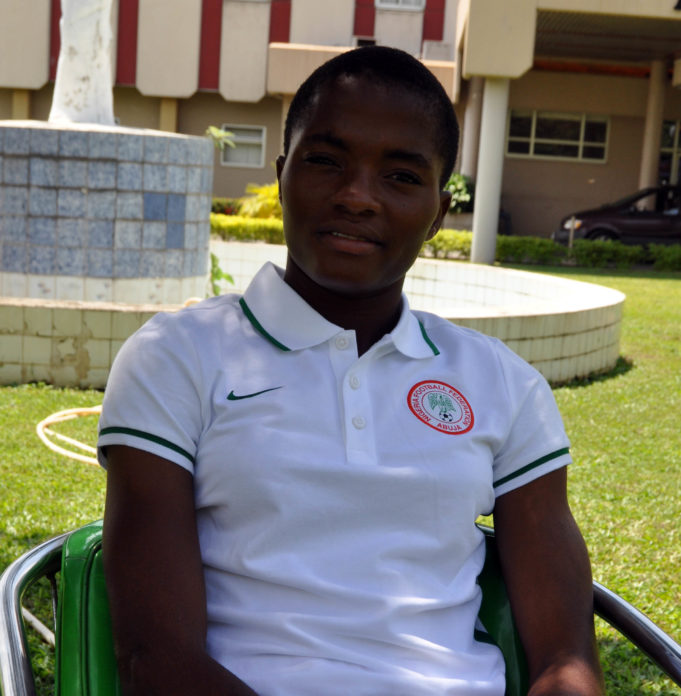 The Nigeria female U-20 team, the Falconets on Saturday afternoon eased past their Tanzania counterparts 3-0 at the Samuel Ogbemudia Stadium in Benin City Edo State in a 2018 FIFA U20 Women’s World Cup qualifier, AOIFootball.com reports.
The Falconets, who attacked their opponents from the blast of the whistle, should have been ahead in the early minutes of the match, but
after missing a plethora of chances, the Nigerian girls finally broke the deadlock in the 22nd minute when Lillian Tule curled in a fantastic free-kick.
The Nigerians continued to lay siege to the opposition territory but could not find a second goal as they went into the break with a solitary goal.
The second half was no different from the first as the 2012 losing finalists continued to torment the Tanzanian defence and were rewarded in the 52nd minute when FC Robo Queens Captain Rashidat Ajibade doubled the lead with a well taken strike.
Five minutes later, the striker grabbed her brace when she received a lovely pass from the impressive Ijamilusi Folashade and dribbled pass the Tanzania defence before firing past the goalkeeper.
After the game Coach of the Falconets Christopher Danjuma, said he was impressed with the team’s all- round performance and hopes for an improved performance when both sides meet in the 2nd leg.
“I have no reason to worry despite the many missed chances. I trusted the girls will get the goals, and they did. I was impressed with their play. But we will still work on the team to maintain the momentum and play better when they play the return leg,” he said.
The return leg will be played in Dar es Salaam in a fortnight with the aggregate winner facing either Morocco or Senegal in the next round.