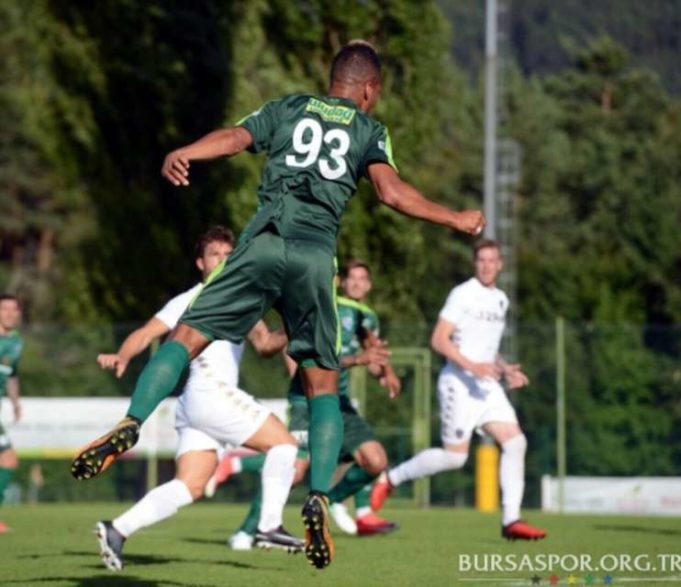 Nigeria’s defence trojan and one half of the now popular “Oyinbo wall”, Williams Troost-Ekong, has scored his first goal for Bursaspor, AOIFootball.com can report.

Ekong rifled home a shot after opposition, Yeni Malatyaspor failed to clear from a corner to break the deadlock in the Turkish Super Lig.

Ekong got his goal in the 12th minute of the encounter that also paraded Mikel Agu, his teammate in the Super Eagles, and former teammate in the U-23 Dream Team, Azubuike Godson, who featured for the opposition.

The light-skinned defender joined Bursaspor from Gent before the start of the current campaign.

The match ended 2-4 at the Maltya Inonu stadium in favour of Bursaspor.

The win ensured Bursaspor seat 4th on the log for the next one week after accruing 9 points from 5 matches.

Williams Troost-Ekong and Mikel Agu are expected to be on parade for Nigeria when they face Zambia in a World cup qualifying match in Uyo on the 7th of October 2017.

People who talk about my age don’t know me, says Uzoho