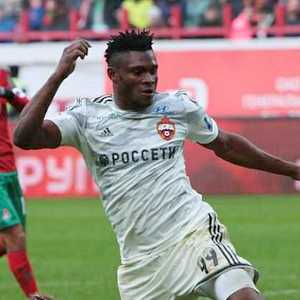 Samuel, 23, is understood to be on the radar for several Premier League clubs, but Newcastle and Tottenham are closing up on the crafty striker.

Samuel is in his second season with CSKA, having signed on a free transfer from Chinese club Guangzhou Evergrande in January. His contract with CSKA Moscow is until June 2021 and he has seven caps for Nigeria.

Eagles ready to take on the world, says Abdullahi