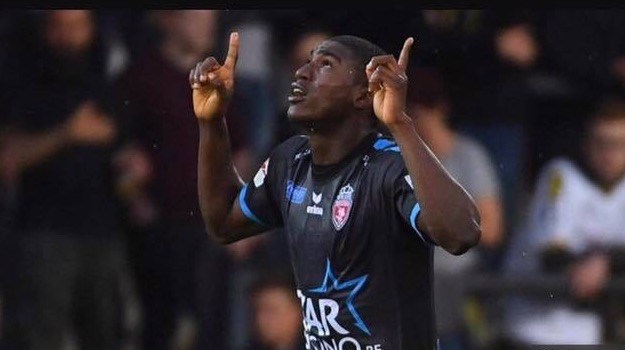 Nigeria duo of Henry Onyekuru and Taiwo Awoniyi were both on the scoresheet for their Belgian sides in the Beligan Cup on Wednesday, AOIFootball.com reports.

Super Eagles striker Henry Onyekuru was the hero for Anderlecht as he scored the only goal in their 1-0 away win against Westerlo in the Belgian Cup round of 32 fixture on Wednesday night.

Onyekuru, who is on loan from Everton, scored in the 66th minute to send Anderlecht into round 16.

Onyekuru was also on target for Anderlecht in their 2-2 away draw against Kortrijk in the league last weekend.

In another Belgian Cup round of 32 game, Nigerian striker Taiwo Awoniyi was among the goals for Mouscron in their 3-1 home win against second division club Tubize.

Awoniyi gave Mouscron the lead in the 27th minute before a brace from Dorin Rotariu in the 32nd and 70th minutes secured the win for Mouscron.

In the third round of the Turkish Cup, Super Eagles defender William Troost-Ekong was in action for Bursaspor in their 3-0 home win against third division Tarsus.

And in the Spanish LaLiga Santander, Super Eagles striker Olanrewaju Kayode made his first start for newly promoted Girona who drew 0-0 away to Leganes.

Kayode, who is on loan from Manchester City, had made four substitute appearances in his previous games.