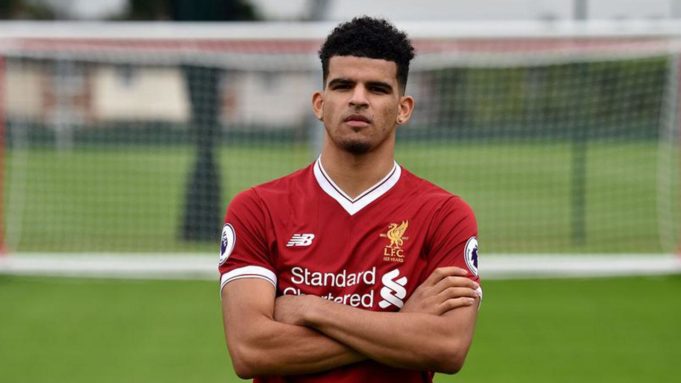 Young Liverpool striker, Dominic Solanke is on a 25-man shortlist for the European Golden Boy Award.
Solanke played a big part in England’s successful U-20 World Cup victory in the summer, scoring four times and being awarded the Golden Ball and the Player of the Tournament.
The Award debuted in 2003, with the likes of Lionel Messi, ISCO, Raheem Sterling, Wayne Rooney, Sergio Aguero and Paul Pogba, all past winners.
Solanke, who made his full debut for the Reds in Tuesday’s 2-0 EFL Cup loss to Leicester City, will compete with PSG’s wonder boy Kylian Mbappé, Marcus Rashford of Manchester United, Gabriel Jesus of Manchester City, Kyle Walker-Peters and Barcelona ace, Ousmanne Dembelle.