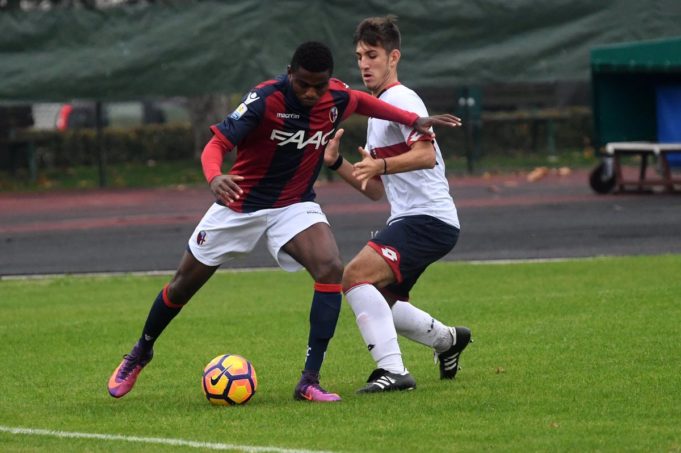 With so hullabaloo about the international future of British-born Nigerian striker, Tammy Abraham, the striker still managed to grab his 3rd goal of the season, while Gabriel Rueben and Gbolahan Salami continue to impress in Finland.

AOIFootball.com brings you up to speed with their performances of Nigerian players abroad as we countdown to the big game against Zambia in Uyo next month.

Victor Moses: The Super Eagles dazzling winger was in action for all 90 minutes as champions Chelsea kept their second consecutive clean sheet as they thrashed stubborn EPL side, Stoke City 4–0 to maintain their pursuit on the two Manchester clubs.

In what is becoming a disturbing occurrence for one of Nigeria’s brightest star, Kelechi Iheanacho was once again listed on the bench for the Foxes as they lost 2–3 at home to a Philippe Coutinho-inspired Liverpool at the King Power Stadium.

The attacker was introduced in the 74th minute for goal scorer Shinji Okazaki, but could not prevent Leicester from losing to the Reds.

Wilfred Ndidi was on from start to finish but fellow compatriot Ahmed Musa was not even on the bench for the Foxes as he was deemed only good enough for Leicester’s developmental squad in their 2–0 win over Chelsea on Friday night in an EPL 2 fixture.

The former CSKA Moscow player is yet to be listed for an EPL match this season.

Isaac Success and Tammy Abraham: Former U-17 winning striker, Success Isaac continued what is now becoming a permanent benching role for him as he was rooted to the bench for the 4th straight EPL match. Watford won away at Swansea with English-born Nigerian Kevin Oghenetega Bakumo-Abraham otherwise known as Tammy Abraham getting on the score sheet.

Abraham was introduced at half time with Swansea one goal down and he equalised for them in the 56th minute, however a late Richarlison strike ensured Marco Silva’s side left the Liberty Stadium with all three points.

The on-loan Chelsea defender, who started at right wing-back was impressive for the Tigers as he had an overall rating of 7.4, a pass accuracy of 71.4%, made 5 key tackles, won 10 of his 15 duels, had 4 clearances and made 4 interceptions.

The 19-year-old Nigerian striker had an amazing 25 minutes to remember for Wolverhampton Wanderers as they beat Barnsley 2–1 in the Championship.

The striker came on the 65th minute and scored 10 minutes from time before also been involved in the winning goal in additional minute of the match.

The former Dream Team striker was on target for Egyptian side, Al Ahly as they beat fellow North African giants Esperance Tunis 1–2 in Tunis to progress to the semifinals of the CAF Champions League with an aggregate of 4–3.

Ibrahim Alhassan: Former Akwa United midfield maestro, Alhassan Muazzam was on from start to finish as Austria Wien drew away at RB Salzburg 0–0 in the Austrian Bundesliga.

The Nigerian international was on the losing side on Friday in a Belgian First Division match as Royal Antwerp thrashed KV Kortrijk 3–0.

Ajagun, who was on for the entire duration of the match, could not stop his club side from suffering their first loss in four outings.

Kortrijk are now 9th on the table with 9 points from 8 games.

The 19-year-old was on for 61 minutes as Club Brugge beat Charleroi 1–2 away from home in the Belgium First Division.

The attacker has scored 4 goals in the league this season.

Super Eagles’ striker, Henry Onyekuru was a second half substitute as Anderlecht beat Waasland Beveren 1–2 over the weekend.

The Nigerian was introduced in the 53rd minute but could not add to his 3 league goals as he fired blanks for the first time in three outings.

He will now turn his attention to Anderlecht’s home Champions League tie against Scottish champions, Celtic on Wednesday.

Taiwo Awoniyi: The on-loan Liverpool striker was on till the 90th minute as his club Royal Mouscron defeated AS Eupen 3-2.

All four Nigerians were in action over the weekend.

The Super Eagles’ and Tianjin Teda Captain was on for the entire duration of the match as Tianjin Teda trashed Tianjin Quanjin 4–1 on Saturday to ease their relegation woes.

The win was Tianjin’s first win in 14 matches and moves them to 14th position with 19 points.

Odion Ighalo: Super Eagles striker Odion Jude Ighalo was on for Changchun Yatai from start to finish as they drew goalless with Hebei China Fortune.

Former Enyimba midfielder, Gabriel Reuben was the hero for KuPS Kuopio as they beat HIFK 3–2 in the Finnish Veikkausliga.

Reuben was on for all 90 minutes and grabbed the winner in the 84th minute, while Salami who was introduced in the 65th minute, equalised for KuPS in the 76th minute.

Chidozie Awaziem: The Super Eagles’ defender was in impressive form for the second consecutive week as Nantes beat Strasbourg 1-2 away from home.

The defender started in the middle of a back four as he was rock-solid for Nantes.

Leon Balogun: The Super Eagles’ defender was on the bench for the entire duration of FSV Mainz’s 1-0 win at home to Hertha Berlin.

The German-born Nigerian youngster was on from start to finish as Wolfsburg held champions Bayern Munich to a 2–2 draw.

The centre back had a decent game for Martin Schmidt’s side, making 3 key clearances, 2 interceptions and completing 84.4% passes.

Victor Osimhen was not listed by Wolfsburg as he continues is recuperation from injury.

Tyronne Ebuehi: The Super Eagles’ defender was on from start to finish as ADO Den Haag beat Sparta Rotterdam 1-0.

The former U-17 World Cup-winning captain was introduced in the 76th minute as VVV Venlo drew 1-1 at home to PEC Zwolle.

The Super Eagles’ duo were in action for all 90 minutes as Hapoel Be’er Sheva drew 1–1 away at Hapoel Haifa with Ogu picking up a yellow card in the second half.

The trio of Ifeanyi, Ezeh and Udoji all started for Lillestrom SK as they lost 0–3 at home to Samuel Adegbenro’s Rosenborg.

Adegbenro was on for 74 minutes but failed to get his name on the score sheet.

The former Golden Eaglets and Flying Eagles star was in action for his Norwegian club Sogdal IL as they beat Aalesunds 0–1 away from home.

FC Crotone tall and lanky striker Simmy Nwankwo came on as a 4th minute substitute for Italian striker Marco Tumminello in their 2-0 win against newly promoted side Benevento in the Italian Serie A.

Former Flying Eagles player Orji Okonkwo who plays for Bologna came on in the 86th minute for defender Sebastien De Maio and three minutes later became the hero of the night for the away side as he scored the winning goal for his side away at Sassuolo. He was however cautioned in the 90th minute.

The Nigerian midfielder was on the losing side as Belenenses thrashed Feirense 1–4 away from home.

Etebo started and was provider for what turned out to be a mere consolation when he setup defender Rocha to pull a goal back in the 72 minute.

The 21-year-old Nigerian striker Amarachi Osuji scored his second goal of the season when he equalised for ND Gorica in their 2–1 win over NK Krsko in the Slovenian PravaLiga.

The Super Eagles duo of Ekong and Mikel Agu were on for all 90 minutes but could not stop Bursaspor from losing to table toppers Galatasary.

19-year-old Pascal Okoli was introduced for Bursaspor in the 62nd minute but could not prevent Busaspor from losing 1–2 at home.

Super Eagles’ defender Kenneth Omeruo was impressive for Kasimpasa as he made his first start of the season in a 1–1 draw at home to Keyserispor.

Samuel Eduok, on the other hand, was on the bench for the entire match duration.

The Super Eagles’ left-back was on from start to finish as a late Arouna Kone strike condemned Sivasspor to a 2–3 loss to Goztepe SK.

The Super Eagles’ defensive midfielder was not deemed good enough by Coach Ersun Yanal as a hat-trick from former Brazilian striker, Vagner Love condemned Trabzonspor to a 3–4 loss against Alanyaspor.

The midfielder is yet to start a single game this season since his failed move to English Championship side Birmingham City.

He has made 3 substitute appearances, with a combined game time of just less than 30 minutes and scoring once.

Azubike Okechukwu: The Olympic bronze medalist winner and former U-23 midfielder was on for the entire duration as Yeni Malatyaspor beat Karabukspor 2–4 away from home.

Nigeria striker Patrick Eze scored his first goal of the season as Konyaspor beat Akhisarspor 2-0 in the Turkish top flight.

The attacker was introduced at half time and repaid the faith put in him by the coach to score the second goal in the 73rd minute and seal all 3 points while fellow Nigerian Imoh Ezekiel was only good for the bench.