Kenneth Omeruo, a Nigerian footballer who plays as a defender for Kasimpasa in the Turkish super Lig, has taken the bold step of proposing to his girlfriend, Chioma Nnamani.

The proposal which was a romantic one was a complete surprise as Chioma had no inkling something of such would go down, Kenneth Omeruo seems to be one of those few romantic Nigeria men.

Chioma walked into a room to see her boyfriend, Omeruo, sitting on the bed. While she was still basking in the euphoria of seeing him, the footballer went on his knee to propose to her.

It took the young lady a little time to come around to what was happening. She covered her face at some point as everything came as a total surprise to her.

She finally said ‘yes’ and the family members who were hiding in another part of the room came out to congratulate the duo.

From the reaction of Chioma, she did not expect to see the people that came out to congratulate them. Each new face was a delight as she kept jumping from one person to the other showing off her ring.

Omeruo who took to his Instagram page to share the video of the proposal thanked everyone who helped him put it together. In the caption he attached to the video, he appreciated Craze Clown and some other people for helping out. 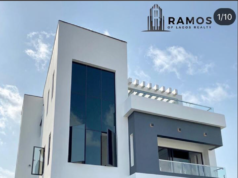 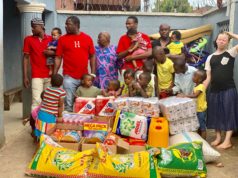