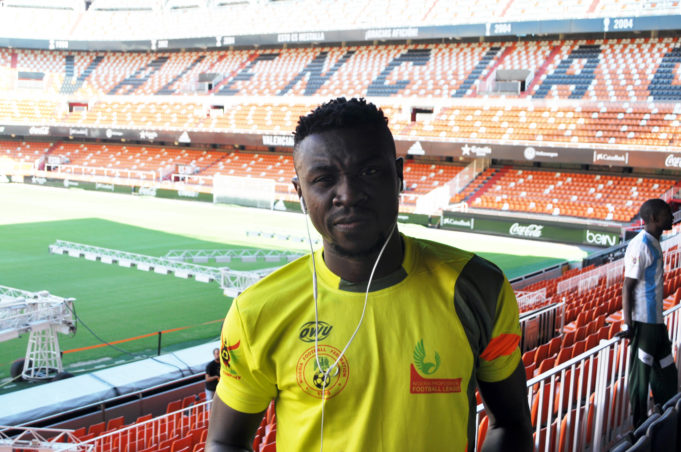 Former FC Barcelona on-loan forward, Ezekiel Bassey, who has just joined Iranian club Paykan FC on a one-year deal from parent club, is set to debut for the club today.

AOIFootball.com gathered that the player’s registration has been completed and he is now eligible to play for the side tutored by Majid Jalali.

The former Enyimba FC player was on loan at Spanish giants FC Barcelona for six months but failed to impress, but he however hopes to revive is career with his move to Paykan.