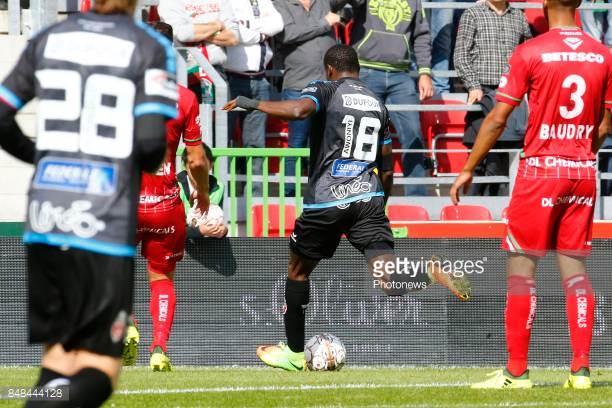 Former U-17 striker and Liverpool loanee, Taiwo Awoniyi got his third league goal of the season as Royal Mouscron were held 2-2 at home by KV Mechelen.

The striker put Mouscron two goals up in the 26th minute after Cameroonian Fabrice Olinga had opened scoring for the home side earlier.

However, Mouscron were denied all three points when two second half goals from Rob Schoofs and Elias Cobbaut ensured a nervy finish for the home side.

The result however took Royal Mouscron to third on the Belgian top division after 9 games, with 17 points, 4 points adrift table toppers, Club Brugge who have a game in hand.

After the game, Awoniyi dedicated his goal to God, whilst hoping for better outing in subsequent matches.

“Thank God for the goal; disappointed not to get all three points but we will continue fighting till the end. Good team effort; we are “Royal Mouscron,” Awoniyi said.

Awoniyi has now scored 3 goals in 7 league games while also registering 3 assists to his name.