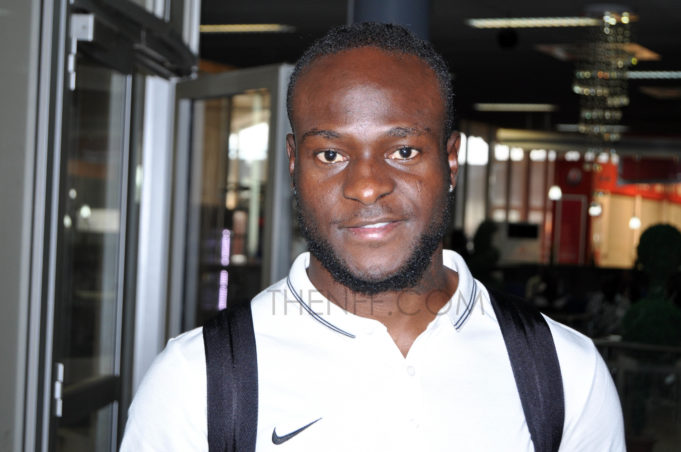 Antonio Conte says he left Victor Moses out of Chelsea’s 1-0 defeat to Manchester City to rest the player rather than any tactical reason.

The champions’ squad depth has been a recurring issue out of what was a frustrating transfer window for the Italian, and Conte also admitted that his more defensive performance against Pep Guardiola’s team – was partly down to trying to manage the more congested schedule.

Conte also said that schedule was on his mind when he decided to risk Alvaro Morata for the game, even though the Spanish striker eventually had to go off after 36 minutes with a hamstring concern. Conte later stated that the forward’s injury was not “serious”, even though he is unlikely to play for Spain in next week’s two international matches.

“To play three games in seven days is not simple, above all for our wing-backs,” Conte said. “Moses played two whole games against Stoke [City] and Atletico, [Marcos] Alonso played one and a half games, because against Stoke I changed him after 10 minutes. Then you have to try to not put your difficulty players in difficulty, and not to risk this type of player, because Moses for us is an important player, and to play three games in only seven days, it means that you risk.

“I think you know very well that Manchester City is a really good team. We have to try to send out the best formation in type of game. Its very difficult to put young players into this type of game.

Also because when there are these massive games you have to try to make the best decisions. To try to send out the best players to play this game.

The players were the same players that played against Atletico Madrid and apart from that, Moses. We also put in [Antonio] Rudiger.”

“I am proud to be the coach of these players. I see the commitment every day, but for sure to defend the title is very difficult it is very difficult for every team in this league. To defend – it is very difficult to win two titles in a row. Our motivation has to be high in every competition, to do the best in every game. The sometimes you must accept, must understand, it will not always go to plan.

[Italy] was a completely different situation because we won the title with Juventus and I was expecting a really strong challenge from AC Milan, but instead they sold Zlatan Ibrahimovic and Thiago Silva to Paris St Germain, so they became weaker. It wasn’t simple second time, but it was easier. Here, from last season to this season, you have big teams – and now they are bigger.”

Conte also revealed that he will go home to Italy for the international break. “To be sure, I need a bit of rest.”