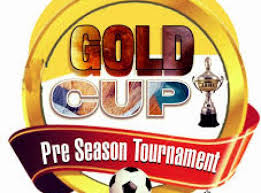 The prestigious football event, which is billed to take place from Wednesday November 15 to Friday November 24 at the Kwara Sports Complex, Ilorin.

According to the General Coordinator of the tournament, Tunde Shamsudeen, the fifth edition promises to be bigger and more competitive with invitations extended to Rivers United Football Club.

Shamsudeen revealed the plans, strategy and prizes to be won at the end of the competition in an interview session with the media team of the pre-season event.

He said: “We’ve sent invitation letters to clubs, and we’re doing everything to ensure we make the tournament more glamorous with a cash prize for the winner, runners up, a giant Gold trophy, Silver trophy and Gold and Silver medals. The last edition was a huge success for us and all the participated teams.

“The media coverage and the support from the media was massive, hence, we like to appreciate everyone who supported the project as we look forward to another remarkable pre-season event.”

He noted that the teams are expected to play four group matches with the first two teams with highest number of points qualifying for the semifinals.

“The tournament will be of high level and is basically to ignite the spirit of the game and to also help the teams test their players before the league season proper,” Shamsudeen said.

Kano Pillars’ fans are out of this world – Jamiu Alimi