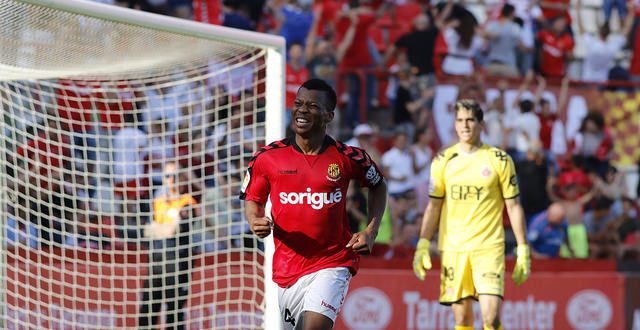 Uche opened scoring in the 27th minute when he converted a lovely pass from Sergio Tejera to give his side the lead, before rounding up his brace and all three points four minutes later from an individual solo run.

The goal was the former Iwuanyanwu Nationale striker’s third in the current campaign as he was voted the man of the match with an impressive rating of 8.6 on the night.

After the game, an excited Uche took to social media to express his delight and hopes he continues to score more goals to help his team avoid relegation.

“Glad with the three points gained, we will continue to work harder. Congratulations team, it was a good win which was important,” he wrote via his Instagram page.

The results leave Gimnàstic Tarragona 20th with 8 points after 8 round of matches.