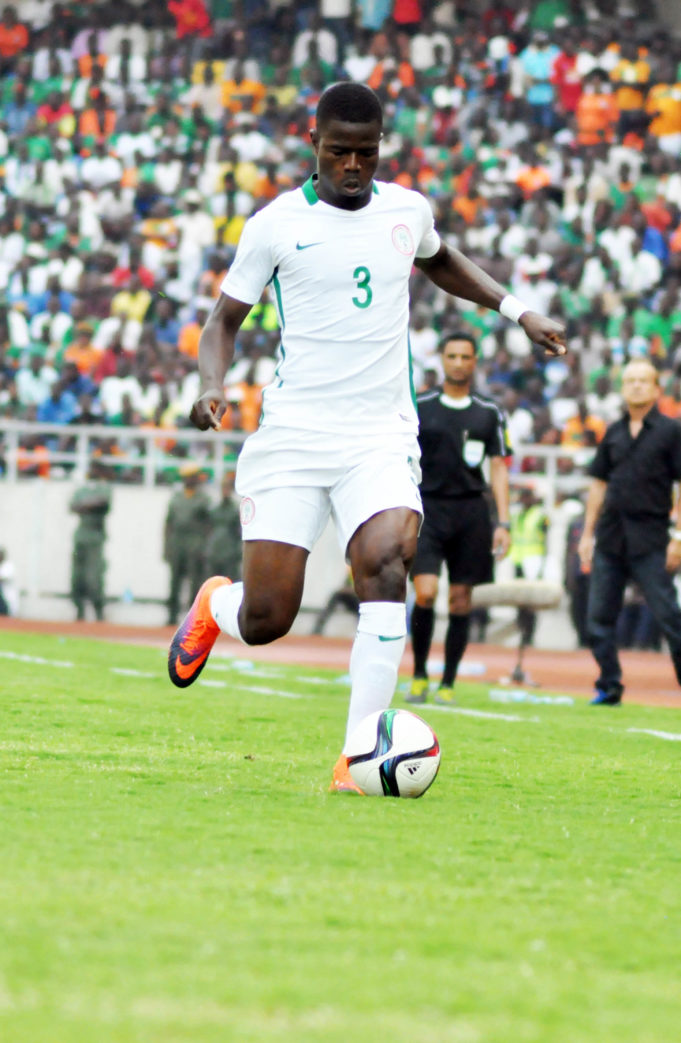 Super Eagles and Sivaspor of Turkey defender, Elderson Echiejele, has been ruled out for a month due to injury sustained during Nigeria’s World Cup qualifier against the Chipolopolo of Zambia in Uyo last weekend.

The left-back, who was stretched off in the 76th minute of the encounter after going down from a coalition with a Zambia player, is now expected to miss Sivaspor next three games, including the Super Eagles last World Cup qualifier against the Dessert Foxes of Algeria in Algiers next month.

The former Monaco defender is currently the most experienced defender in the Eagles’ set up and is one of only four surviving players from the last Super Eagles’ squad that went to the World Cup in Brazil with Mikel Obi, Ahmed Musa and Ogenyi Onazi, the other three players.

The injury will mean Super Eagles’ debutant, Ola Aina is now expected to earn his first full match against the North African nation.

Nigeria has already qualified for the mundial in Russia, and Coach Gernot Rohr will use the opportunity to test new players as he builds his team for the tournament proper.