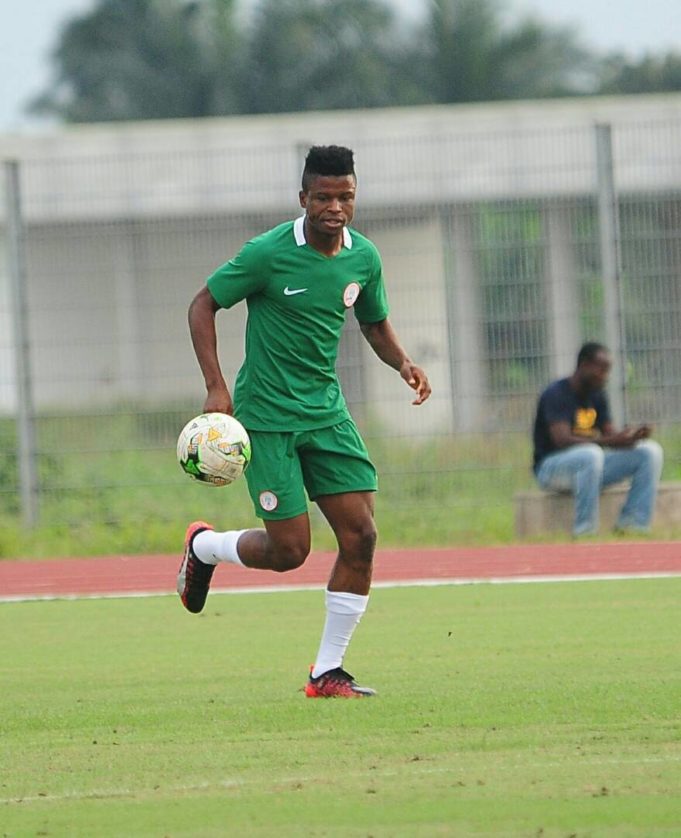 Still basking in the euphoria of his stellar performance last weekend for his Turkish club Bursaspor, where he scored a goal and assisted another, Super Eagles’ defensive midfielder, Mikel Ndubuisi Agu has said he desires to make goals-scoring part of his game.

Speaking to AOIFootball.com, Agu admitted it was a good feeling scoring for his club and getting an assist too.

“I was so calm when the ball got to me and I just knew I would score. It was a fantastic feeling I must admit. Generally, I will work harder to ensure goals-scoring is part of my game,” he said.

The player, who is on loan to Bursaspor from Portuguese side FC Porto, has played 714 minutes this season for the Turkish outfit, with a Man of the Match performance against Osmanlispor.