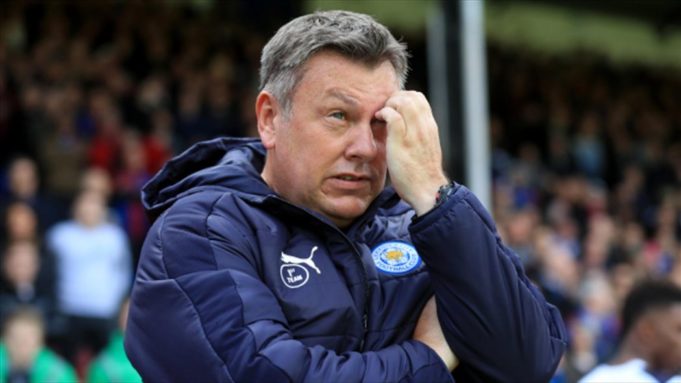 Leicester City have sacked manager Craig Shakespeare just four months after he signed a three-year deal to take the job on a permanent basis.

The Foxes are third from bottom in the Premier League and have not won any of their past six league matches.

After steering the Foxes away from trouble to finish in 12th place, he was given the job permanently in June.

Shakespeare won eight of his 16 games in charge last season, and led the club to the Champions League quarter-finals.

His departure follows a 1-1 draw with West Brom on Monday.

The last time Leicester went six league matches without a victory, Ranieri was sacked – nine months after leading them to the title.

Of their 10 matches this season – eight in the league and two in the EFL Cup – Leicester have won three and drawn three, losing four.

But they have won only once in the league – a 2-0 victory at home to Brighton on 19 August.

Their four defeats have come against Arsenal, Manchester United, Chelsea and Liverpool.

Shakespeare is the seventh manager in the past five years to leave his job in the aftermath of a match with West Bromwich Albion:

Mick McCarthy was sacked as Wolves manager in 2012 after losing 5-1 at home to the Baggies; Andre Villas-Boas suffered the same fate at Chelsea after a 1-0 defeat at the Hawthorns in March 2012 and, eight months later, his successor Roberto di Matteo departed after a 2-1 defeat at the same ground in his final league match (his final game in charge was against Juventus in the Champions League); Roberto Mancini was sacked by Manchester City despite having just beaten West Brom 1-0 in May 2013;

Paolo di Canio lost his job at Sunderland after losing 3-0 to the Baggies in September 2013; Chris Hughton was sacked by Norwich after losing 1-0 to WBA in April 2014; And Sir Alex Ferguson’s final match in charge of Manchester United before retiring was also against the Baggies – a 5-5 draw in May 2013.