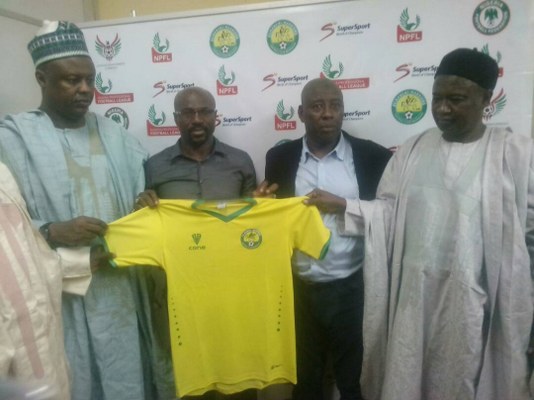 Super Eagles Assistant Coach Imama Amakapabo has been officially unveiled as the new coach of Nigeria Professional Football League (NPFL) club El-Kanemi Warriors.
The former Enugu Rangers coach, Amakapabo was unveiled by officials of El-Kanemi Warriors on Tuesday.
He will be in charge of the Maiduguri-based club for one year.

He takes over from former coach Ladan Bosso who spent two seasons with the club.

In 2016, Amakapabo led Rangers to their first league title in over 30 years.

He was part of the coaching crew of the home-based Super Eagles that qualified for the 2018 Africa Nations Championship in Morocco.