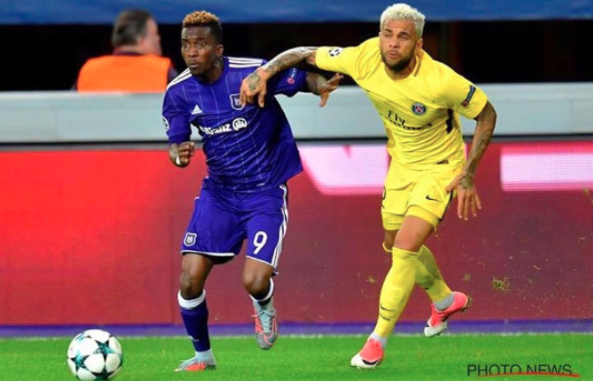 Onyekuru who entered the referee’s book in the 55th minute after he bagged a yellow, saw his side fall to the superiority of Unai Emery’s side with goals from Kylian Mbappe, Edinson Cavani, Neymar and Angel Di Maria all but ended their dream of pulling a shock win over the big money spenders.

The former KAS Eupen striker who had a decent game took to his official instagram page to express his feelings after the game.

” Thanks to everyone that came to support us. Very tough game and we are disappointed with the result. I feel blessed to be part of tonight 🙏🏿#ChampionsLeague #anderlecht #psg,” he posted.

The 20 year old however impressed despite the loss with two shots on target out of his three attempts, had one of his efforts hit the woodwork once and also a 78 per cent pass accuracy.

Anderlecht are bottom of group B with not point after three games.