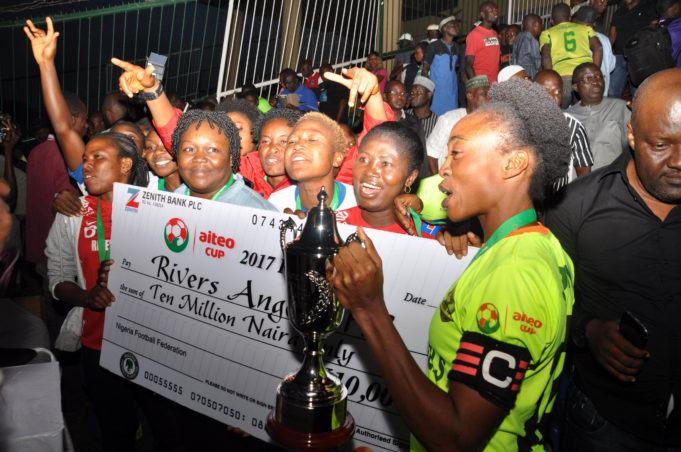 Rivers Angels have emerged 2017 Women’s Aiteo Cup winners after defeating Ibom Angels 3-0 on penalties in the final played at the Rwang Pam Stadium in Jos on Wednesday.

The game which was watched by a sizeable crowd ended 1-1 in regulation time and then went straight into penalties.

Rivers Angels took the lead through Cynthia Aku in the 48th minute before Gloria Ogbonna equalised for Ibom Angels on 53 minutes.

For emerging winners, Rivers Angels were rewarded with a cash prize of N10 million while Runners up Ibom Angels were handed the sum of  N5 million.

They have now won a record seventh Aiteo Cup trophy.

Abdulquadir Adedapo - May 21, 2018
ALL CATEGORIES
SOUNDCLOUD