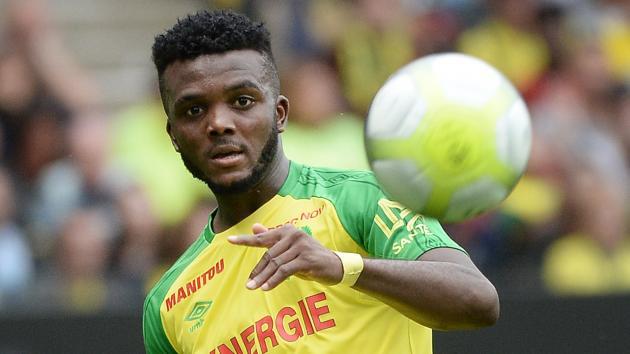 Super Eagles’ centre-back, Chidozie Awaziem scored his first goal of the season as FC Nantes continued their blistering start to the French Ligue 1 with a hard fought 2-1 win at home to Guingamp.

The defender opened scoring with just nine minutes of play when he powerfully headed in a lovely corner kick from Leo Dubois to put Nantes ahead, much to the delight of him and his teammates.

The goal spurred the on-loan Porto man to try to score another when he flashed an effort wide in the second half as Nantes went in search of the match winner. However, it was Abdoulaye Toure who calmed the home team’s nerves when he scored the winner with just six minutes from time.

The 20-year-old defender, who has been a revelation since is loan move to Nantes, helping them to five clean sheets in ten games, had a game rating of 7.7, a pass accuracy of 71.4%, won 6 of his 9 duels contested, made 4 clearances, one interception and two key tackles.

The result now leaves Nantes 3rd in the French League 1 with 20 points, two behind Monaco and a further five points behind table toppers PSG who have 25 points.