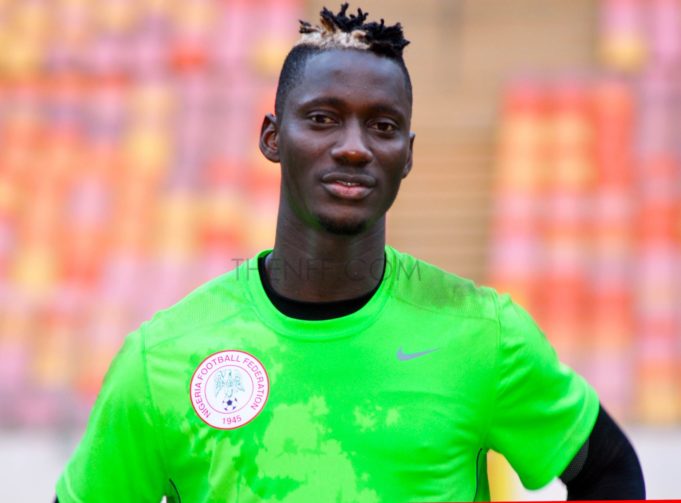 Super Eagles and CD Feireinse of Portugal shot-stopper, Dele Alampasu, has said that he would work harder to ensure he is part of the team’s squad to Russia despite the strong contentions in the goalkeeping department.

Alampasu has only being listed on the substitute bench three times this season for his club, and only played a partial role for the Super Eagles since being invited.

But the former youth international is ready to take the bull by the horns and fight hard to make the final squad for the 2018 World Cup.

“I know it will be very hard for me, but I intend to work harder than I am doing at the moment and I hope it will pay off with a recall,” he told AOIFootball.com exclusively.

The Lagos-born shot-stopper hailed his teammates following Nigeria’s qualification, saying it was deserved.

“We deserved to qualify from the ‘Group of Death’ because we worked very hard for it and we were the team that wanted it the most,” he concluded.