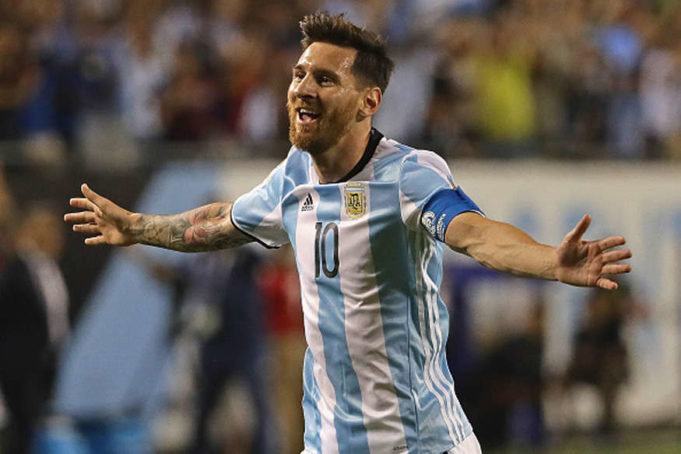 Argentina Manager, Jorge Sampaoli, has named a 22-man squad, including Lionel Messi and Sergio Aguero for their upcoming friendly against Russia and Nigeria on the 10th and 14th of November, respectively in Russia, AOIFootball.com can report.

Matias Kranevitter and Diego Perotti were the surprise for Argentina’s upcoming November friendlies, but Sampaoli once again left Gonzalo Higuaín out of his team.

La Albiceleste booked their place in Russia next summer with a 3-1 win against Ecuador, however, going into the game they were in danger of either having to go through a playoff to secure their place at the finals or miss out altogether after a goalless draw with Peru five days earlier.

Regarding Higuain’s absence, Sampaoli said: “Higuain is a player that we have on our mind. There’s no need to try him out. It’s up to us to evaluate if he will go to the World Cup or not.”

Sampaoli also said that he sees Paulo Dybala eventually meshing with Messi in the squad, with the two players having not featured together regularly in the qualifiers.

“To establish that players are compatible is the job of the coach. I don’t think it’s difficult that Messi and Dybala can complement each other on the pitch,” the Argentina boss said.

Aguero had been in previous call-ups but missed the October matches after suffering fractured ribs in a car accident in the Netherlands, where he was attending a Maluma concert during approved time off in September.

“Aguero gives us the possibility to link up with Leo during play,” Sampaoli said.

“We also see him as a nine. Today, we have the possibility to choose the best strikers in the world.

“We need to get rid of the pressure of having to win and make sure the team is happy. There is so much pressure to win that you end up killing talent and creativity. At times the duty of winning makes you doubt yourself.

“I came to guide Argentina to the World Cup. Now we have to get ready. A World Cup is totally different to qualifiers. We have to take into account how each player arrives.

“We are going to be on top of each player so that they arrive to the World Cup in the best possible way,” he concluded.

You must work harder to achieve your dreams, Adepoju tells Ogu

U-23 AFCON Qualifier: Sudan game is a must-win, says Azubuike