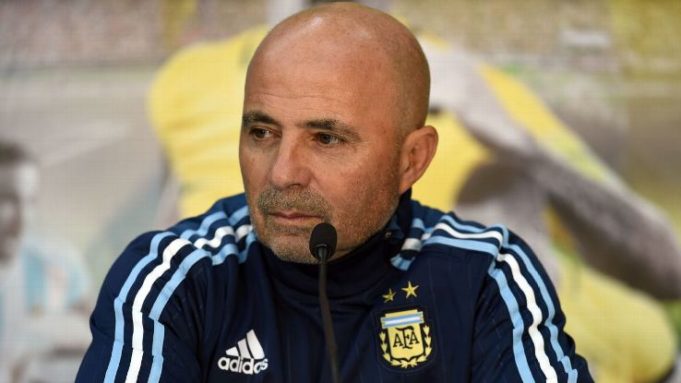 Head Coach of the Argentina national team, Jorge Sampaoli, has defended the choice of the Argentina FA to play a friendly with the Super Eagles, while praising the ability and progress of the Nigerian team in recent months, AOIFootball.com reports.

“We chose Nigeria as an opponent because we believe they can offer us the kind of strong competition we need before the mundial next year.

“They (Nigeria) are a very physical side, and also technical in their style of play, which is totally different from the teams we faced during the World Cup qualifiers. Nigeria also has some very good players,” Sapaoli said.

The former Chilean national team coach also praised Nigeria as one of the best teams, despite being 5th in the African ranking.

“For now, they are one of the best teams in Africa, which tells a lot about their qualities. We are expecting a very challenging game from Nigeria. They are good in several ways.

“The FIFA ranking sometimes do not reflect the real situation of a nation’s playing strength, they beat the African champions convincingly in the qualifiers, which shows how good they are and we must approach the match with all seriousness,” Sampoli concluded.

The Super Eagles will face the two- time world champions in an international friendly at the Krasnodar Stadium in Russia on November 14.