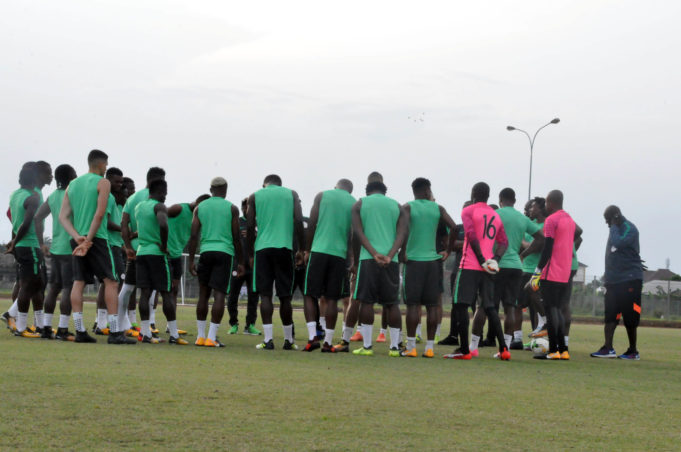 The Nigeria Football Federation (NFF) will not impose players on the Technical Adviser of the Super Eagles as he builds his squad for the World Cup in Russia.

These were the words of the General Secretary of the Nigeria Football Federation, Dr. Sanusi Mohammed.

Speaking with AOIFootball.com in an interview in Abuja, Sanusi insisted that allegations by some sections of the Nigeria media that the Glass House is trying to force some players on the coach are not true.

“The football house will not in any way interfere in Rohr’s choice of players and goalkeepers for the national teams.

“We gave Rohr a free hand to pick whoever he feels capable of playing in the Super Eagles, so long as the player will respect and honour the nation when called upon,” Sanusi said.

The NFF scribe also added his view to the recent report on the possibility of former Enyimba shot-stopper Vincent Enyeama’s return to the Eagles’ fold, saying it’s a decision that lies solely with the team’s coaches.

“I won’t say we are in support of his decision to bring back Enyeama, neither will I say we are against it; Rohr’s decisions are final on this issue so he knows what is best for him and the team.”

Vincent Enyeama has been out of the national team since his last scuffle with former Eagles’ handler, Sunday Oliseh who stripped the Lille goalkeeper of the captain armband.

But with the unfortunately illness to current No 1 Carl Ikeme, Enyeama remains the only experience shot stopper the Super Eagles might rely upon going into the World Cup as the trio of Ikechukwu Ezenwa, Daniel Akpeyi and Dele Alampasu barely have a combined Cap of 30 compared to Enyeama’s 101 caps for the senior national team.