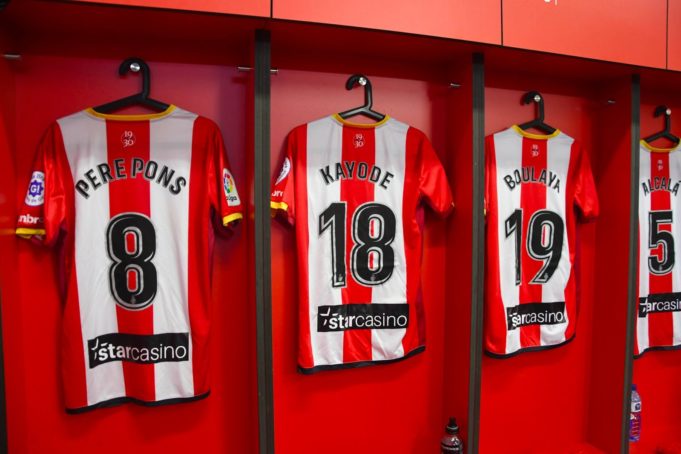 Super Eagles and FC Girona striker, Kayode Olanrewaju, has expressed delight after being named in the La Liga Team of the Week for Match Day 9 after his standout performance against Deportivo La Coruna on Monday night.

The former Austria Vienna player took to the social media to express his delight after the acknowledgment, saying “It can only be God…lead me through #LK18.” 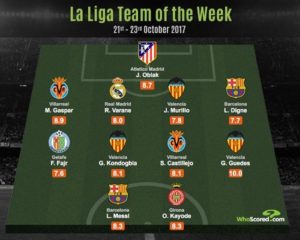 The striker, who is on loan from Manchester City in England, was the provider for his club’s first goal in their 2-1 win away at Deportivo La Coruna.

The 24-year-old had a game rating of 8.3, passing accuracy of 64%, with 24 touches and completed two dribbles in the match.

Other players on the list are Barcelona’s Lionel Messi, Andres Iniesta, Javier Mascherano and Lucas Digne. Others are: Jan Oblak of Athletico Madrid, Real Sociedad’s Assier Illarramendi, M. Gasper of Villarreal and Valencia’s duo of Rodrigo and Guedes.

My style of play inspired by Kanu  Nwankwo, says Onuachu