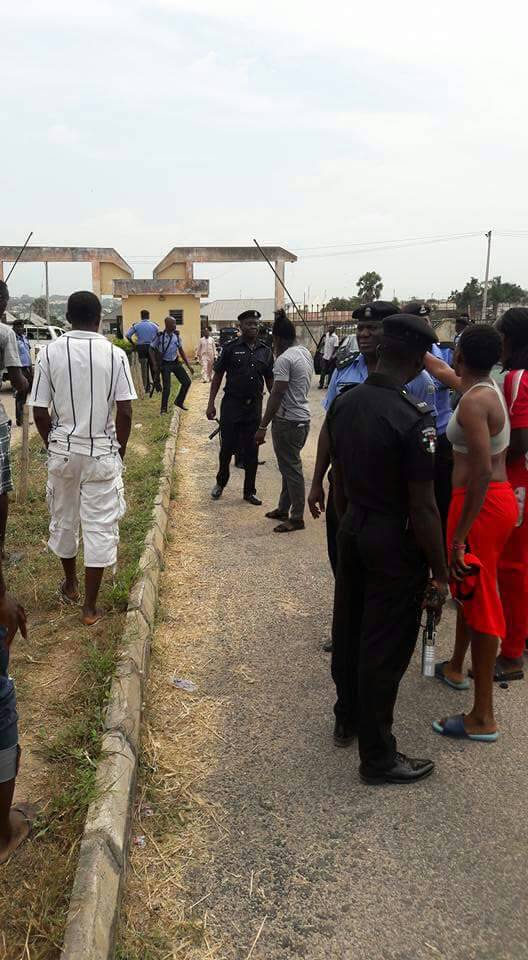 Players of Taraba Football Club and Taraba Queens were on Thursday assaulted by the Nigeria Police during a peaceful protest demanding their almost a year and half unpaid salaries in Jalingo, the state capital.

The football players had gathered before the Taraba State Government House and prevented anyone from entering their offices or getting inside the premises.

A player from Taraba Queens who pleaded anonymity, said the state government deliberately withheld the salaries and bonuses, despite the bailout funds given to them by the Federal Government in the past months.

The players resolved to stay at the premises of the Government House until the issue was resolved, and efforts government officials who tried to persuade them to leave failed.

The Nigeria Police attached to the Taraba State Government House and some force command security personnel thereafter assaulted the players. The police were armed with horsewhips rifles, tear gas and injured three players whilst also taking them into custody.

The Association of Professional Footballers of Nigeria (APFON) has issued a statement, appealing to the Nigeria Football Federation and the League Management Company and Women football league body to react to the “inhuman and barbaric assault on the players for demanding what they have laboured for over eighteen months.”

FC Taraba is a Nigerian football club based in Jalingo. They are playing in the 2nd-tier division in the Nigeria National league, while the female state team, Taraba Queens got promoted back to the women’s top flight premier league this season.