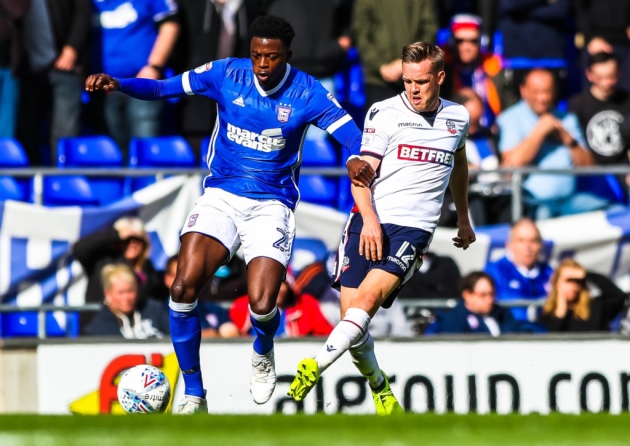 English-born Nigerian defender, Dominic Iorfa, has expressed his desire to play for the Super Eagles of Nigeria in the future if the opportunity presents its self, AOIFootball.com can report.

The 22-year-old defender, who is the son of former Nigerian international, Dominic Iorfa, told Ipswich town’s Magazine that his dad has a whole lot of influence on his career and wants him to wear the Green and White of Nigeria.

“Maybe my Dad would like me to play for Nigeria in the future, we will see but he understands it’s a big year for me and my priority is to progress with Ipswich.

“He has always been there for me and I have taken his advice. He has been in my shoes, so he knows what it’s all about,” Iorfa said.

He moved on a one-month loan to League One Shrewsbury Town in March 2014, and made his senior debut the same day as a substitute in a 0–1 defeat at Colchester.

Following his return to Wolves, Iorfa made his first appearance for the club in a 2–1 loss to Bournemouth at Molineux on 6 December 2014. He swiftly became the club’s first choice right-back, starting in twenty-one of Wolves’ twenty-five remaining fixtures following his debut.

In January 2015, Iorfa won the football league’s Young Player of the Month Award.

The young defender, who can play both as a centre-back and right-back, has featured for the England youth setup across all age grades and won the Toulon Invitational Tournament in 2016.