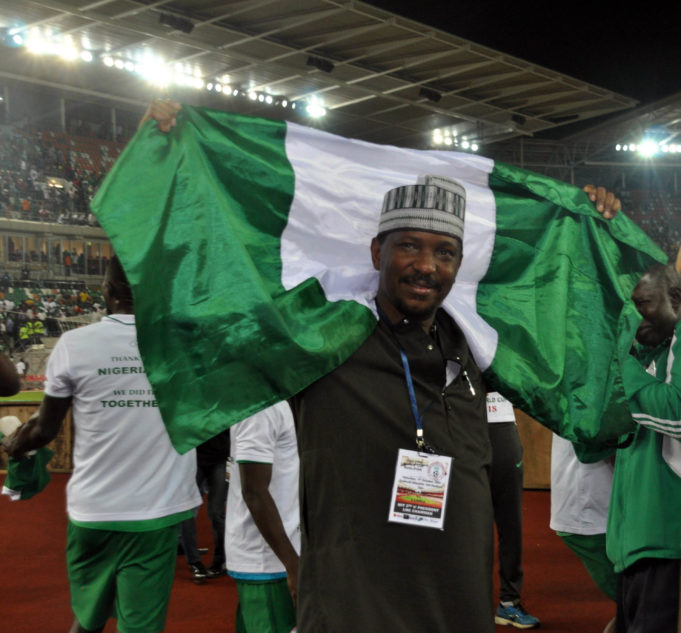 Barely two days after his appointment into the Organizing Committee for Inter Clubs’ Competitions and Clubs’ Licensing System of CAF, NFF 2nd Vice President/LMC Chairman, Shehu Dikko was on Friday appointed a Member of the FIFA Football Stakeholders’ Committee, AOIFootball.com can report.

Dikko’s appointment makes him the third Nigerian to be appointed into a FIFA Committee this year, after Pinnick himself was enlisted into the influential Organizing Committee for FIFA Competitions and former Lagos State Chief Judge, Justice Ayotunde Philips was elected Member of the FIFA Ethics Committee (Adjudicatory Council).

Its modus operandi states that the FIFA Football Stakeholders Committee “shall advise and assist FIFA on all matters relating to Football (including women’s football, futsal and beach soccer), particularly the structure of the game, as well as on all technical matters.

The committee shall also deal with relationship between clubs, players, leagues, member associations, Confederations and FIFA, as well as issues relating to the interest of club football worldwide, and analyse the basic aspects of football training and technical development.”

The FIFA Football Stakeholders’ Committee is a merger of several committees (among them Football Committee and Strategic Studies Committees), in line with FIFA’s new organizational strategy that cut the list of committees from 20 to 11.

President of CONCACAF and FIFA Vice President, Victor Montagliani is Chairman of the Committee.

The membership cuts across all major stakeholders in football, comprising Presidents of Member Associations, former players (including former Brazilian World Cup –winning captain Cafu and Dutchman Robin Van der Sar) and Chairmen of Leagues (including the Chairman of EPL and CEO of the Bundesliga).

FIFA also approved an increase in the prize money for the 2018 FIFA World Cup in Russia to a total amount of USD 400 million — 12 percent up from the USD 358 million awarded at the 2014 edition.

Rohr is not a quitter, says Agali