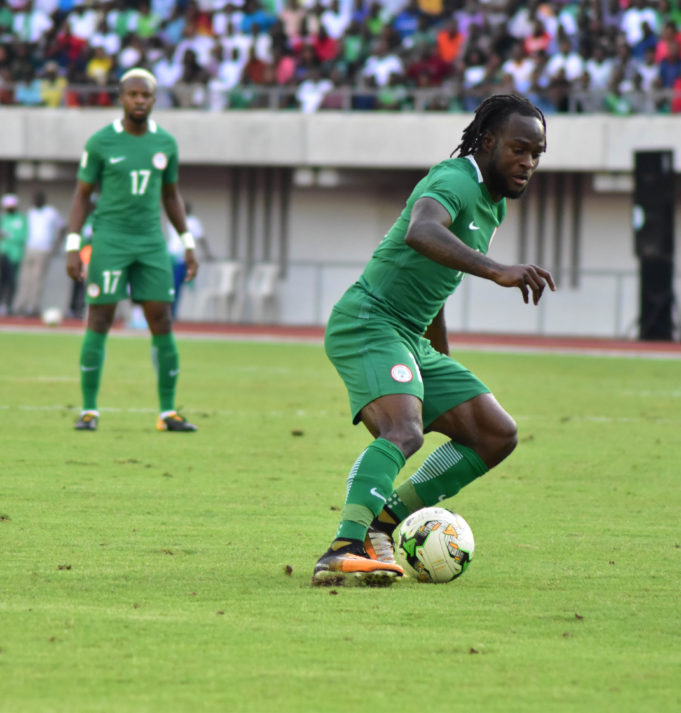 Super Eagles and Chelsea FC of England attacker, Victor Moses, has been ruled out of Nigeria’s November clashes against the Fennec Foxes of Algeria and the Le Albeceleste of Argentina on the 10th and 14th of November, after he was not handed an invitation, AOIFootball.com can confirm authoritatively.

The Chelsea wing-back, has been injured since pulling up a hamstring in the Blues’ 2-1 loss to Crystal Palace a fortnight ago, has missed a further three games for the English champions and is not expected to be fully fit before the clash.

A close source in the Glass House told AOIFootball.com that the coach has decided not to hand the 2013 AFCON-winning star an invitation to allow him recover for the Eagles’ subsequent matches.

“I can confirm to you that Victor Moses is out of the tie as he won’t have fully recovered for the match; as much as we want to play our best players in the two games, we don’t also want to risk any player ahead of further national team games,” the source said.

The source also debunked the news in the Nigeria media that his omission was because of a purported fraction between the player’s club and the Nigerian FA.

“There are no issues between us and Chelsea over his injury; these things are unavoidable in football and we can only wish the player recovers on time and come back to full fitness for both club and country,” the source added.

Moses was instrumental in the Super Eagles’ qualification to the World Cup in Russia next year, scoring three goals in the process.