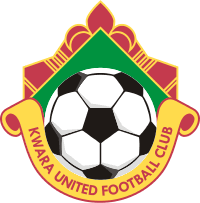 Kwara United at the verge of going back to NNL with shaky preparation to the new season.

Our findings revealed that the old players retained are yet to resume due to indebtedness from the state government.

According to our correspondent, even the new invites are yet to storm Ilorin for the new season’s resumption. The team, which gained promotion, are yet to be hosted by the state government and the boys are being owed outstanding match bonuses, sign-on fees and salaries. All these factors may be counterproductive to the new season.

While the likes of Enyimba, Plateau United are busy buying players and doing what is necessary to aid the smooth running of the new season.

As at the time of filing this report, Enyimba are almost done with the registration of players while a team like Kwara United are still battling with what the players will earn in the new season and are even yet to resume.

Research has shown however, that Kwara United are always pretenders in the elite league, as they are never title contenders.

In the light to this, the state government should provide funds for the team to prepare in earnest as they are the only team in the South West that is playing in the top flight Nigeria Professional Football League (NPFL).