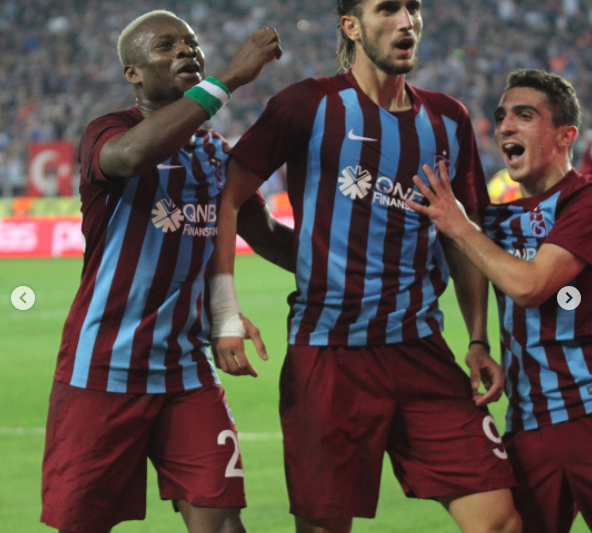 Super Eagles’ midfield general, Eddie Ogenyi Onazi, was in top form when Trabzonspor ended Galatasaray’s unbeaten run in the Turkish Super League, with a 2-1 victory at home, AOIFootball.com can report.

The Eagles’ vice-captain who started just in front of the back four alongside Okay Yoksulu in a 4-2-3-1 formation, put aside his early season’s struggle to help Trabzonspor to a second straight victory in less than four days.

Second half strikes from the duo of Dame N’ Doye and Yusuf Yazici put Trabzonspor ahead before Garry Rodriguez pulled one back with four minutes of regulation time left to setup a tense end to the match.

However, the home team held on to claim a morale boosting victory in a match which saw tempers flying high, resulting in the sending off of three players while five yellow cards were also issued by the referee.

Onazi was substituted in the 89th minute to a standing ovation by the home fans as he had a match rating of 7.3, completed 70% of his passes, won 9 of his 14 duels, had 4 interceptions and 6 key tackles.

The result leaves Trabzonspor 11th with 12 points from 10 games on the log.