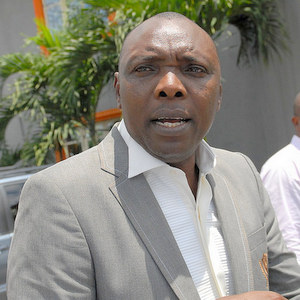 Former Nigeria Professional Football League champions, Rangers International of Enugu, have named Davidson Owumi as its new General Manager, AOIFootball.com can confirm.
Rangers, who had a very dramatic 2016/2017 season, managed to keep their league status at the end of the season.
The team was majorly affected by off the pitch issues as the former board led by Steve Oruru was dissolved and former Super Eagles’ coach, Christian Chukwu appointed General Manager.
More issues arose and even got worse when trophy-winning Imama Amapakabo was shown the exit door in controversial circumstances.
However, there seems to be a breath of fresh air now as the management has turned to former defunct Nigeria Premier League chairman, Davidson Owumi to be the new General Manager of the seven- time champions.
Owumi has had stints as supremo at the Flying Antelopes in the past and will come with alot of managerial experience.
Also, the club has appointed former Enyimba FC handler, Gbenga Ogunbote as Coach for the new season.

Ideye ready to return with goals for FC Malaga

I learnt a lot at Arsenal this season, says Iwobi

The only ‘No. 10’ I ever admired is Jay Jay Okocha– Ronaldinho

Staff Reporter - May 10, 2017
ALL CATEGORIES
SOUNDCLOUD