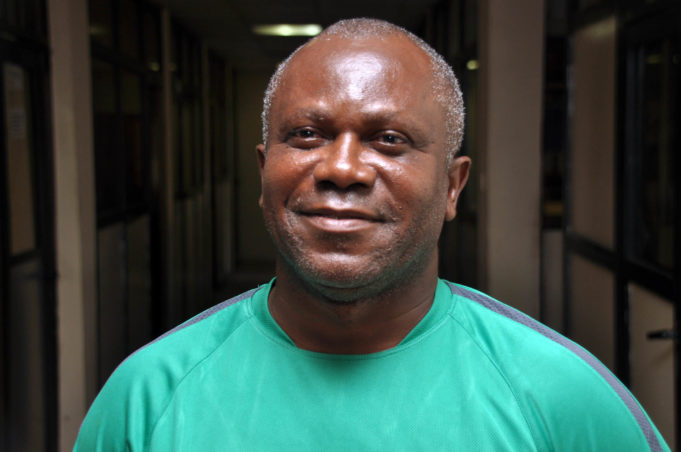 Determined to beat their opponents, Morocco in the first leg of the second round match of the FIFA U-20 Women’s World Cup African qualifying series, the Nigerian women’s football team, Falconets’ Chief Coach, Christopher Danjuma, has disclosed that he has enough information about the ability of the host team and will come up with the strategy to win the match in Morocco when both countries clash this weekend, reports AOIFootball.com.

Speaking exclusively in Abuja on Monday, Danjuma posited that his team has worked hard enough to pick a win in Morocco after many weeks of working together and on the strength of the two-legged victories Nigeria got against their last opponents, Tanzania early this month. He also boasted that Morocco will not pose any serious problems in Nigeria’s quest to pick one of the two World Cup tickets to represent Africa in France next year.

According to the Nasarawa Amazons Technical Adviser:

“I can assure Nigerians that we know much about our opponents. We are lucky to lay our hands on the video of Morocco versus Senegal match and we have watched it in the camp; we have analyzed the game and I have seen that we can get a win in Morocco.”

The experienced women’s football coach revealed that he has put his girls through their paces and have perfected the winning formula, hence he and his assistants are very optimistic that his team are capable of grinding out a victory in Morocco, no matter what happens on the day.

Meanwhile, Danjuma, who had a stint with the Super Falcons, hinted that only 18 players will make the trip to Morocco while the rest will still stay in camp. He said that the players selected for the battle of Morocco are those who distinguished themselves in the training sessions and the friendly matches the Falconets played against three Boys’ Academy teams in the past weeks.

The Falconets last week beat an Abuja-based boys’ football team 2-0 and followed it up with the whitewashing of FC Bazza Boys Academy 4-0, at FIFA Goal Project pitch.

They also defeated hard-fighting Green Horse FC of Nasarawa 2-1 on Sunday to round off a hectic week.