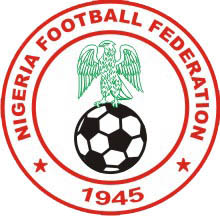 The NFF Executive Committee has directed the NFF Secretariat headed by Dr. Mohammed Sanusi to quickly tidy up all arrangements regarding next week’s 2018 FIFA World Cup qualifying match between Nigeria and Algeria in Constantine.

Although Nigeria has already picked the only ticket from group B of the African qualifying series, following the defeat of Zambia in Uyo on 7th October, the country’s football –ruling organ says it is taking the match as a serious matter.

“The temptation is there to rest on oars because we have already qualified. But we would not do that. I am happy the technical crew led by the Technical Adviser has already made it known they would be fielding Nigeria’s best squad on the day.

“The Secretariat must quickly finalise all arrangements. The match in Constantine must be seen as a FIFA World Cup preparation match, just like the one against Argentina in Russia four days later. We will go with our best and give our best, to get in the FIFA World Cup mood,” NFF President Amaju Pinnick told thenff.com.

Rene Daniel Louzaya from Congo will be referee assessor while Omer Kouame Dehoule from Cote d’Ivoire as match commissioner.

The match at the Stade Mohamed Hamlaoui will kick off at 8.30pm Algeria time.

Alhassan scores as Austria Wien crashes out of OFB Cup

‘NPFL teams must up their ante before going to the continent’