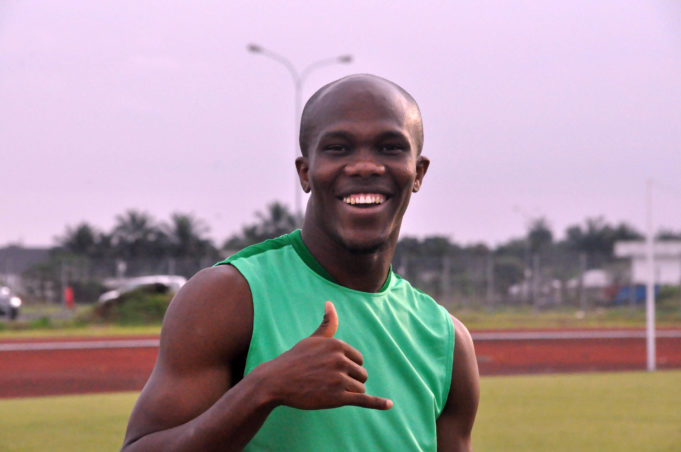 Super Eagles’ and Hapoel Be’er Sheva striker, Anthony Nwakaeme has said he’s ready to lead the Nigeria’s lineup in their dead rubber World Cup qualifiers against the Fennec of Algeria in Constantine on the 10th of this month, if current first choice striker Odion Ighalo fails to recover in time for the game.

The striker spoke exclusively to AOIFootball.com on his arrival at Bucharest, capital city of Romania ahead of his club’s must-win clash against group leaders Steaua Bucuresti in the UEFA Europa League Group G tie.

Nwakaeme, who was invited for the clash against Algeria and Argentina, said it’s always an honour for him to represent Nigeria.

“I am always honoured to have the opportunity to play for my country, so when I got the invitation, I was very happy as usual and hopefully, I will feature in the upcoming games.

“It’s unfortunately to hear the news about Ighalo. I pray he gets fit before the game against Algeria because he has been doing well for both club and country in recent games.

“I am always ready to start for Nigeria; if the coach wants me to start the games against Algeria, I am more than ready because this is what I have always been preparing for all my life,” Nwakaeme enthused.

The 28-year-old striker also posited that the team has other fantastic strikers who can step into the shoes of Ighalo if the striker fails to recover on time for the clash.

“The national team has fantastic attackers that can step into his shoes, so Nigerians should be optimistic of a good outing in both games.”

Nwakaeme has been in scintillating form of recent, netting 3 goals in his last 3 games for Be’er Sheva and will be looking forward to his debut in the game against Algeria or Argentina.