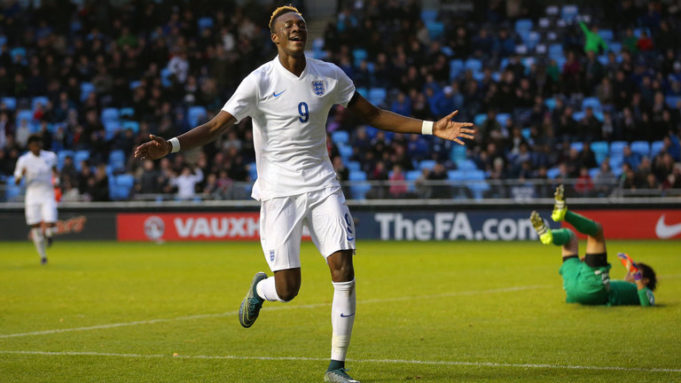 England manager Gareth Southgate has called up Chelsea’s Tammy Abraham for the friendlies against Germany and Brazil later this month.

The England Football Association are in the driving seat, ahead of the Nigeria Football Federation, for the services of Chelsea loanee Tammy Abraham.

The FA announced on Thursday afternoon that the Swansea City striker has been called up to the senior national team for the upcoming games against Germany and Brazil in November.

Because both games are friendlies, Abraham cannot be cap-tied to his country of birth until he makes an appearance for the Three Lions in next summer’s football festival in Russia.

Having failed to make a single appearance for Liverpool’s first team in the current campaign, Ovie Ejaria will not be in the traveling party to the Ukrainian capital.

All six of the aforementioned youngsters are on the radar of the Nigeria Football Federation, with a view to a call-up to the Super Eagles ahead of the 2018 World Cup.

How Simy Nwankwo clinched the Serie B golden boot