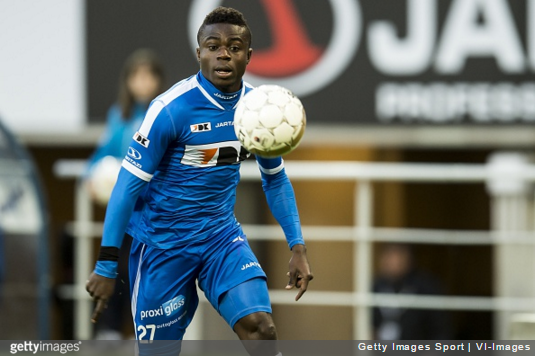 Moses, who has been in impressive form of late, scoring three goals in his last three games, was surprisingly not picked by head coach Yves Vanderhaeghe, with reports suggesting the winger might be slightly injured after picking up a knock in training.

However, the duo of Anderson Esiti and Samuel Kalu started the game for KAA Gent with Kalu replaced in the 84th minute by Thomas Foket.

While Uche Agbo continued to impress in the middle of the park, he started the third consecutive game in midfield for Standard Liege, but was however withdrawn in the 90th minute for Farouk Miya.

The defender is now expected to head straight to Morocco to join the Super Eagles’ camp ahead of the game against Algeria next weekend.

It’s not clear yet whether the knock sustained by Moses Simon will rule him out ahead of the games against Algeria and Argentina, together with Super Eagles’striker, Odion Ighalo who is already out due to injury.