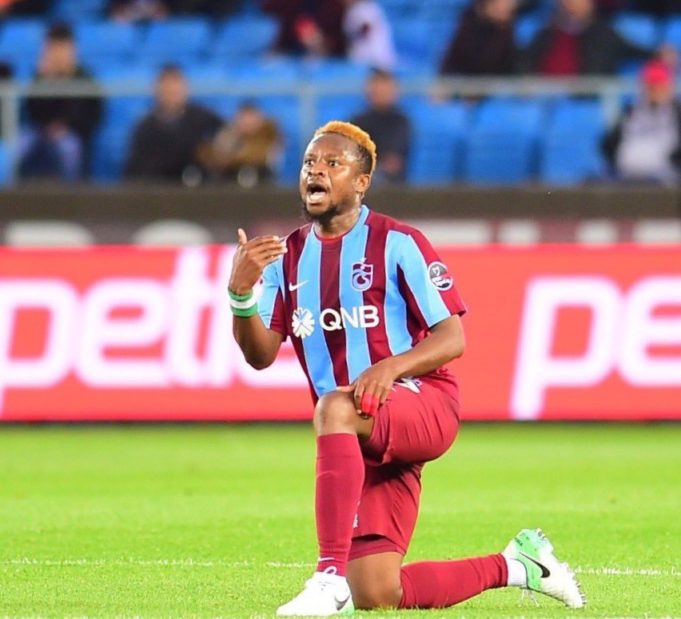 Super Eagles’ midfielder, EddY Ogenyi Onazi, has joined the list of injury casualties ahead of Nigeria’s clashes against Algeria and Argentina, respectively, AOIFootball.com can report.

The midfielder, who started his third straight Turkish Super Lig game, lasted just 40 minutes on the pitch before he appeared to pull his hamstring after a collation with an opponent.

Onazi was replaced by Jose Sosa in the 41st minute, with the injury similar to what he sustained against Zambia in Uyo last month.

The Super Eagles’ vice captain his now expected to undergo a test to determine the extent of the injury and may miss the games against Algeria and Argentina next week.

If declared unfit for the games, Turkey- based defender, Kenneth Omeruo, who is one of three standby players, may earn a recall to the team after Odion Ighalo also pulled out through injury.

Onazi has featured in 7 league games for Trabzonspor this season, starting 4 in the process and scoring one league and cup goal.