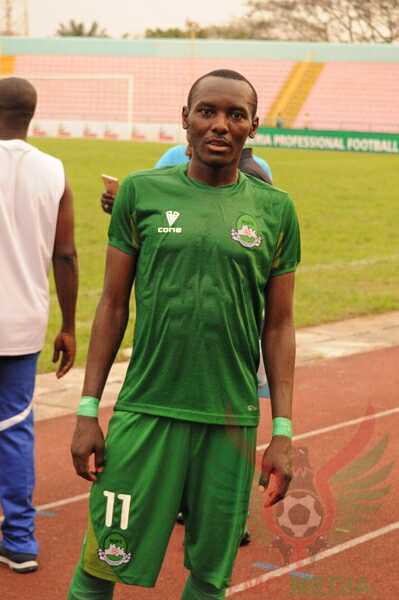 Kano Pillars have opened talks with Nasarawa United FC with the possibility of signing back Adamu Hassan to his parent club after a year stint with the solid miners, AOIFootball.com report.
The former Kwara United striker spent three years at Kano Pillars before he moved to Nasarawa United in 2016. Hassan was part of the squad that won the NPFL title for Kano Pillars in 2014.
The crafty striker played a pivotal role in the Coach Kabiru Dogo-led squad last season, scoring vital goals for Nasarawa United.
Adamu Hassan is already in Kano and he has joined the club’s training session since last week Monday. Talks have begun between both parties.