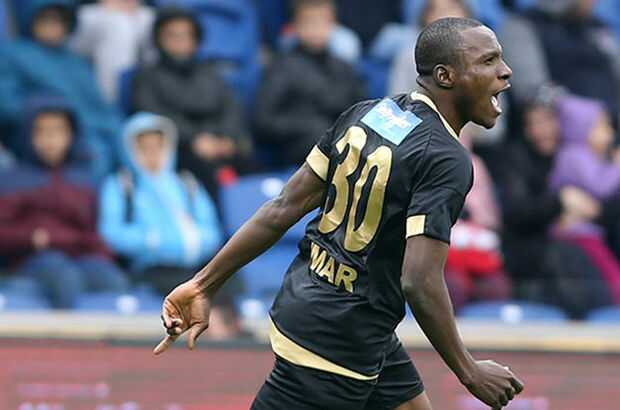 Nigerian international, Aminu Umar scored his second goal of the season when he helped relegation-threatened Osmanlispor to a 1-1 home draw against Fenerbahce in the Turkish Super Lig, AOIFootball.com can report.

Osmanlispor came into the game bottom on the table and fell behind within just 7 minutes of the match when Giuliano converted from an Ozan Tufan cross to put the away side 1-0 up.

However, injury to the duo of Mathieu Valbuena and Mauricio Isla led to double substitution for Fenerbahce, a move which affected the game’s tempo as the first half ended.

With just one minute of regulation time remaining, the former Wikki Tourists midfielder popped up with the equaliser when he bundled in from close range to earn his side a precious point.

The result leaves Osmanlispor in 17th position with 8 points after 11 round of matches.

Russia 2018 Draws: Eagles not afraid of any team, says Echiejile